You are at:Home»Engineering»Mind Map On Non Conventional Energy Resources

A Mind Map on Non-Conventional Sources of Energy. 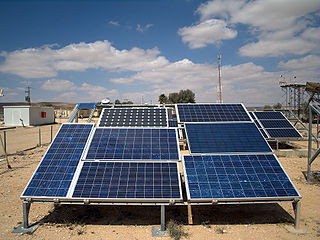 An array of solar panels.

Solar energy is the most commonly used non-conventional source of energy. These days it is being used to produce electricity and also in various other applications for example solar cookers, solar water heaters, etc. Solar cells and solar panels are used to convert light energy to electrical energy, which in turn can be used where ever required. But due to its low efficiency and high cost, it isn’t quite the popular choice of the people. 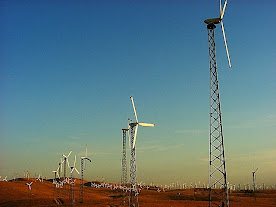 A setup of wind mills.

Wind energy is the second most popular form of energy. This is converted to electrical energy with the use of wind turbines and wind mills. It is also used to agricultural fields to lift water from the tanks for irrigation. But this is not feasible because of the high investment required for installation of a wind mill. Also the price at which per unit of electricity is produced is higher than all other sources.

Tidal energy is the energy harnessed by the tides or waves of the sea. The rise and fall in the water of the sea is called a tide. This happens due to the gravitational pull of the sun and the moon. It is estimated that India has a potential of harnessing 8000-9000 MW of tidal energy. This harnessing of tidal energy requires an engineered set up under water. The difference of temperature between the water at the surface and the water at the bottom of the sea is enough to evaporate ammonia and drive the turbines. Tidal energy as of now hasn’t seen the light of the day, but we hope that in the near future it shall act as substitute for fossil fuels.

Geo-thermal energy is the energy harnessed using the heat of the earth’s interior. It is usually harnessed by hot water springs, where in the hot steam is again sent into a cylinder which is in turn connected to a turbine and thus produce electricity. As of now, this is not at feasible at many areas because the amount of energy spent on pumping of water and other mechanisms is more than that energy which can be harnessed.

Biomass is the term used for all plant waste and animal excreta which can in turn be used to harness energy. Anaerobic respiration produces methane along with other gases which forms biogas. This biogas can be used for heating and cooking purposes. Biogas can also be used to produce electricity. This is gaining popularity, especially in the villages of India where the people suffer a minimum power cut of 8 hours/day.