You are at:Home»Entertainment»Top 10 Movies On Aliens To Watch Before You Die

Aliens! Do they exist? This has been the biggest mystery to mankind since people started seeing glowing round disks in sky which disappear in a flash of a second. They mystery about the crop circles, the Pyramids of Giza and the statues of Easter island are still a question. Many Hollywood movies have been made on aliens, spaceships and extra-terrestrial life but only some of them have managed to grab the eyeballs of the human race.

Top 10 Alien Movies You Must Watch Before You Die Or Get Abducted By Some Alien.

Avatar is a 2009 Action/Adventure/Fantasy movie on aliens/humanoids known as Na’vi living on a moon called Pandora.  The movie is set in 22nd Century when humans are mining a precious metal on Pandora.The mining expansion threatens the existence of the Na’vi Tribe.  A paraplegic soldier is sent to Pandora on a unique mission who gets torn between following his orders from earth and protecting the Pandora Biosphere which he feels is his actual home.

Directed by James Cameron and has a User Rating of 7.9/10 on IMDb 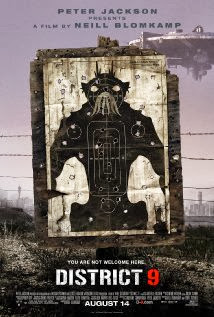 District 9 is a 2009 Action/Sci-Fi/Thriller movie adapted from Alive in Joburg, which is  2005 short film directed by Neill Blomkamp. It is about sick and malnourished extra-terrestrials who are then forced to live in slum-like conditions on Earth.  suddenly finds a kindred spirit in a government agent, Wikus who is exposed to their biotechnology and gets transformed into an alien.

Directed by Neill Blomkamp and has a User Rating of 8.0/10 on IMDb

Predator is an Arnold Schwarzenegger Starrer Action/Adventure/Sci-Fi movie released in 1987.  The story revolves around a bunch of commandos, who go on a mission in a Central American jungle, later they find themselves being hunted one by one by an extra-terrestrial warrior.A must watch for Arnold Fan’s! How he fights back against the undefeated warrior!

Directed by John McTiernan  and has User Rating of 7.8/10 on IMDb 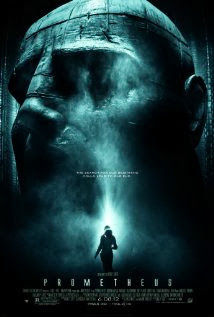 Prometheus is a 2012 Sci-Fi/Mystery movie set in 2093 when a group of explorers, including some archaeologists begin an “undisclosed” mission. They arrive at a new planet light years away from Earth. The team finds some signs of civilization. after further investigations, they find conclusive evidence. But some of them have different motto for being there, including the Weyland Corporation. They believe that this is where the human race actually came from. Tables turn and things soon turn from excitement to survival.

Directed By Ridley Scott  and has User Rating of 7.1/10 on IMDb 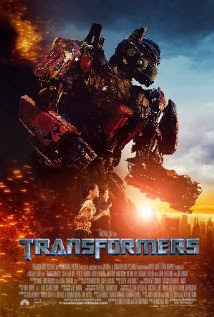 Transformers is a 2007 Action/Sci-Fi movie on Cybertronian alien races, the Autobots led by Optimus Prime and Decepticons led by Megatron. They come on earth in search of the transfomer’s cube which is a source of ultimate power. The protagonist Sam Witwicky holds the key to their search! The movie is full of Swanky Vehicles and Alien Robo- Wars!

Directed By Micheal Bay and has a User Rating of 7.1/10 on IMDb 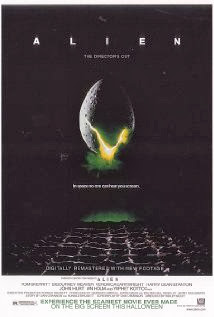 Alien is a 1979 Horror/Sci-Fi movie is one of the best horror Alien Movies. The story begins when the crew of a space vessel named Nostromo  receive a distress call from a distant alien planet. After searching for survivors in that planet they head back home only to realize that a deadly alien life form has joined them in their journey. while  investigating the signal on their way back they find out that it is a Warning Signal and not a SOS signal from that alien planet but its too late.

Directed By Ridley Scott and has a User Rating of 8.5/10 on IMDb.

Independence Day is a WIll Smith & Bill Pullman Starrer Action/Sci-Fi movie of 1996 which will actually move you. The aliens come to  invade and destroy all major cities on earth with their \superior technology. The entire humankind join hands together as one planet and not as divided countries and put up a brave retaliation against the aliens to prevent annihilation and extinction of human race.

Directed by Roland Emmerich and has a User Rating of 6.8/10 on IMDb.

Men in Black is a 1997 Comedy/Sci-Fi film on alien immigrants living on planet earth in complete anonymity. Tommy Lee Jones and Will Smith play the protagonists Agent Kay and Jay respectively. They work just like police department keeping a track on all alien activities on earth. This movie will definitely make you wonder that are there any aliens living in our society under our nose?!

Directed by Barry Sonnenfield and has a User Rating of 7.2/10 on IMDb

E.T is a 1972 Family/Fantasy film on a little Extra terrestrial visitorwho is left behind during a hasty take-off of its spaceship. The little alien finds himself all alone on a very strange planet. Fortunately, the E.T soon finds a friend  in 10-year-old Elliot, who discovered him in his garden shed.  E.T. slowly gets befriended with Elliot’s brother Michael, his sister Gertie as well as with Earth’s customs. The wish to go home again is strong in E.T . therefore he starts building a device to send a message back home for his folks to come and pick him up. But before long, E.T. gets seriously sick..  very touching relationship between an artless kid and a lonely helpless alien has been showcased.

Directed by Steven Spielberg and has a User rating of 7.9/10 on IMDb

Signs is a 2002  Drama/Sci-Fi/Thriller movie based on the mysteries of crop circles. The movie is set  in Present, Bucks County, Pennsylvania, where a five-hundred-foot crop circle is found on the farm owned by Mr. Graham Hess, the town’s reverend. The circles cause a media frenzy and test Hess’s faith as he travels to find out the truth behind the crop circles.

Directed by M. Night Shyamalan and has a User Review of 6.7/10 on IMDb

These were the Top 10 Alien movies you must watch before die or get abducted by some extra-terrestrial alien species. If you have watched these ones you can try, Evolution, Alien vs. Predator, MIB Triology, Predator Series, Oblivion and Transformers: Revenge of the Fallen and Dark of The Moon.