Trending
You are at:Home»Technology»10 Things About Facebook You Probably Didn’t Know

Table of Contents
1) You may see only a fraction of your friend’s updates and posts.
2) Facebook has the right to use any of your upload pictures or videos.
3) Posts published as public, can be viewed by users who aren’t on Facebook too.
4) You cannot use your account for promotion of any sort.
5) Tagging on random pictures puts you in trouble.
6) Every Engineer at Facebook has equal permissions to the site’s code.
7) Facebook is the largest photo sharing service provider.
8) Facebook is the main target for promotion and marketing.
9) Facebook builds its own computers.
10) Facebook doesn’t know who was it’s billionth user.

1) You may see only a fraction of your friend’s updates and posts. Facebook displays only those posts which can keep you online for long.

Facebook in the recent time has optimized it’s systems to show you only those posts which shall keep you on the site for a long time. Thus it automatically brings up the most liked, commented and shared post among all.

2) Facebook has the right to use any of your upload pictures or videos. It’s true. By agreeing to the terms and conditions of Facebook, you grant a non-exclusive right to them to use any content especially your pictures and videos. No wonder many people are surprised when they see their pictures on the login page these days.

3) Posts published as public, can be viewed by users who aren’t on Facebook too. When you publish a post or any media under the public settings, any Tom Dick and Harry can access that content. All they have to do is type in the link to the post.

4) You cannot use your account for promotion of any sort. Facebook terms such promotion as illegal, be it promotion of a friend’s new song or a chocolate brand. All promotion should be done either with apps or a Facebook Page.

5) Tagging on random pictures puts you in trouble. This is the one of those crazy things which every one of us might have tried out. But Facebook uses these tags to confirm your identity when you lose your password. So next time you tag some one randomly, think twice.

6) Every Engineer at Facebook has equal permissions to the site’s code. The best example would be the new recruits at Facebook. Each new recruit is put through a six-week orientation program called “Boot Camp” and meanwhile giving them full access to the site’s code. So basically an engineer at Facebook has the ability to pull the site down too.

Well this seems to be nostalgic, but since the introduction of photo sharing feature in 2005, Facebook users have been increasingly using this amazing feature. As of May 2013 4.75 billion media content is shared PER DAY.

8) Facebook is the main target for promotion and marketing. With the increase in the number of Facebook users across the world, all small scale and large scale companies have sorted to use Facebook for promotion. This saves them from the expensive advertising and meanwhile helps them reach to a greater number of people. 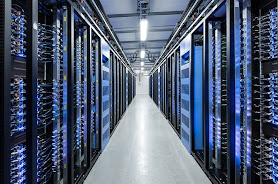 Facebook is usually seen as a software company, but it is true that Facebook’s in-house engineers build all the computers the company needs. This is done so that the engineers can design efficient computers which can easily handle their heavy data load. For many huge companies this is a moment to rejoice. But because of the rapid sign-up rate, Facebook didn’t even get to know who its billionth user was. When they hit the billionth count, the team at Facebook just cheered for a few minutes and went right back to work.