You are at:Home»Computers»The Evolution of Computers: A Timeline

In twenty-first century, very few can imagine life without a computer.Now all the operations we carry out are only on the computer. We get scared to think about what it would have to,if we have to write some text on paper and handle it, because we can easily do it on the computer, check out all the mistakes and print it.Now, we had reached on the era of Cloud Computing and 3D Printing. In this section, we would like to tell you about how the computer evolution took place.

Back in the forties, computer can be compared only with some very big device. Just imagine that for a single computer, it required a lot of electronic equipment and a large spacious room. At that time, the very first computers worked only on a very expensive vacuum tubes. Computers were afforded by just big companies and big institutions.

Here are the details of how computer technology evoled in all these years. 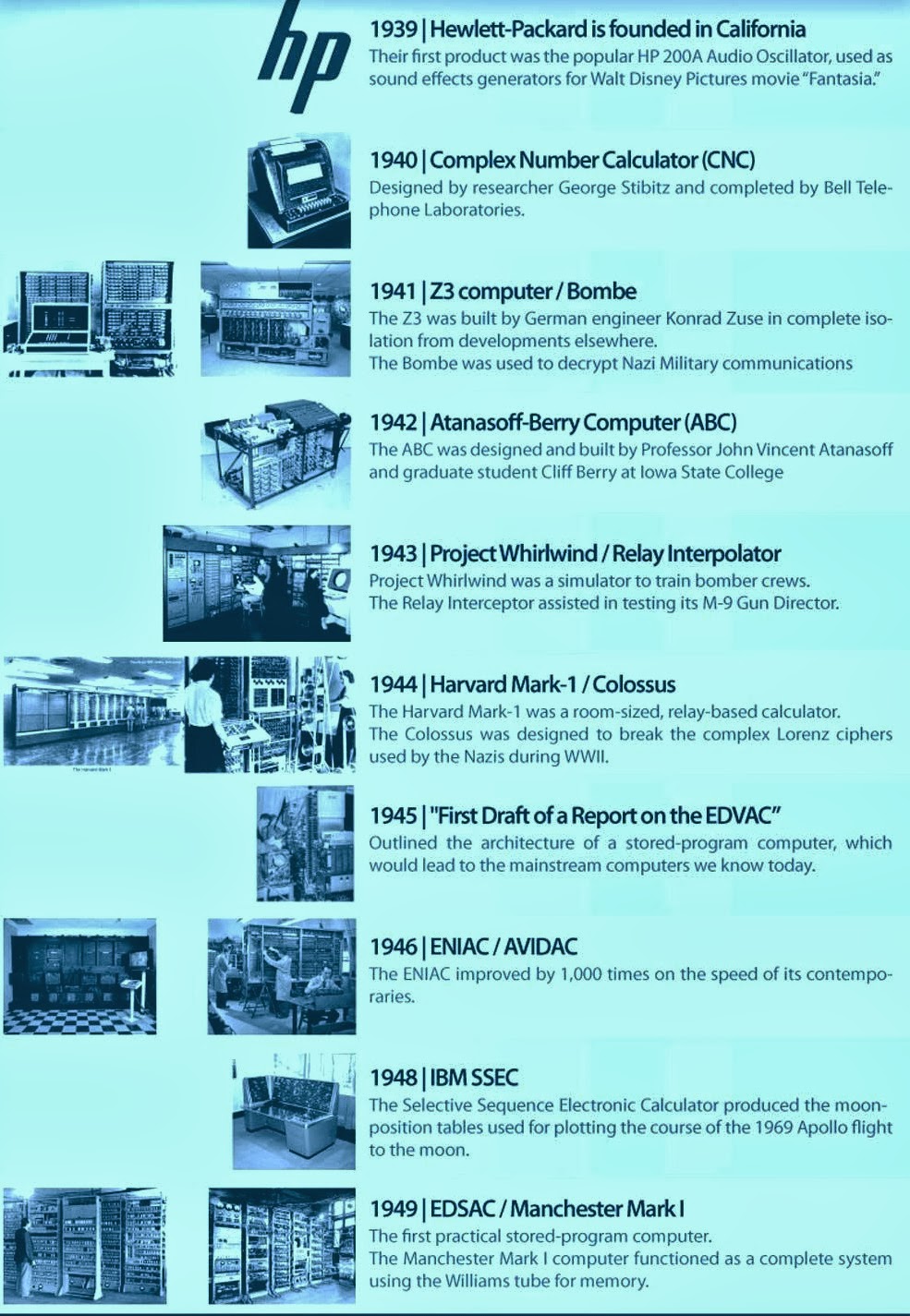 Despite using transistors greatly reduced the size of the computer, reducing its price, reducing the failure. But from the requirements of the people are still far worse, and the various sectors of the computer also had a greater demand, production more stronger, lighter, cheaper machines has become a priority, and the invention of integrated circuits as “timely” when spring is here. Its high degree of integration, not only so that the volume is reduced, but also the speed, fault reduction. People began to manufacture a revolutionary microprocessor. Computer technology after years of accumulation, and finally onto a silicon paved highway.
September 12, 1958: In the Robert Noyce (INTEL company’s founder) under the leadership of the invention of the integrated circuit. And soon launched a microprocessor. But since the invention of the microprocessor is borrowed from Japanese company’s technology, so the Japanese patent does not recognize them, because the Japanese did not receive due benefits. Over 30 years, the Japanese admitted, so Japanese companies can gain a portion of the profits. But in 2001, the patent also fails. 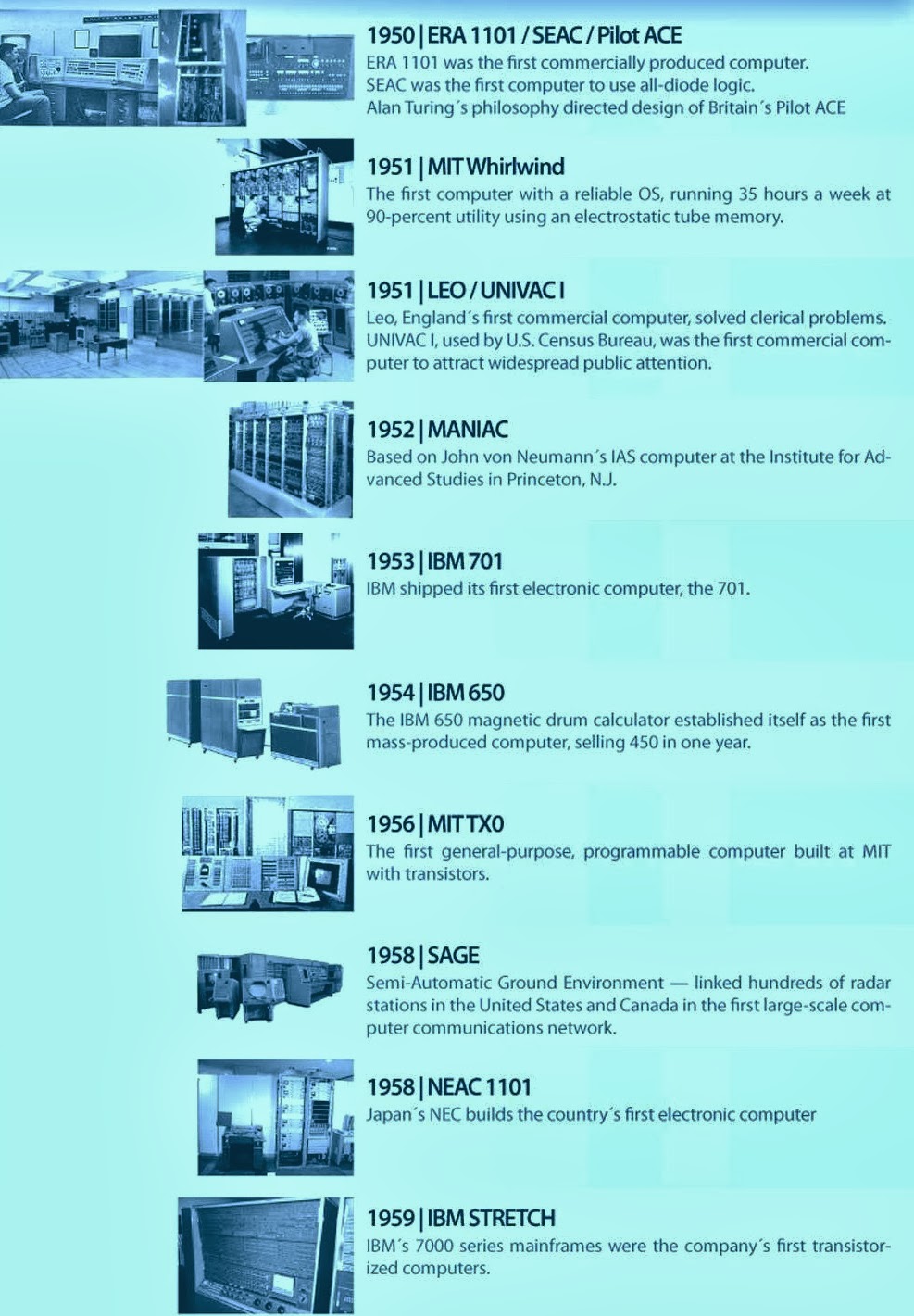 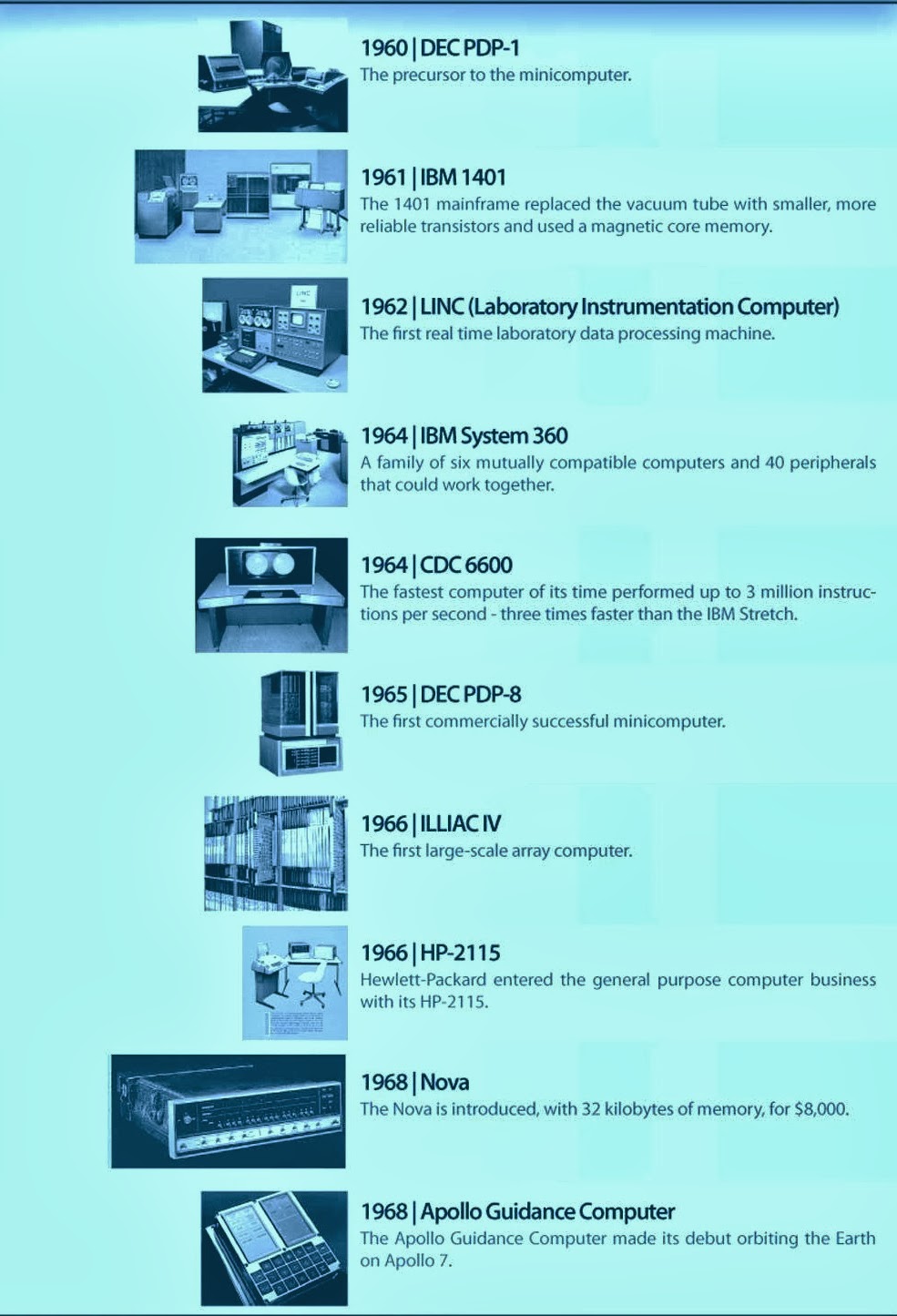 1974 April 1: INTEL released its 8080 8-bit microprocessor chip.
December 1974: MITS released Altair 8800, the first commercial personal computer, valued at $ 397, with 256 bytes of memory.
1975: Bill Gates and Paul Allen finished first in the MITS Altair BASIC program running on the computer.
1975: IBM Corporation introduced his laser printer technology. 1988 to market its color laser printers.
1975: Bill Gates and Paul Allen founded Microsoft company. Now become the largest and most successful software company. Three years after the income of $ 500,000, increased to 15 people. 1992 amounted to $ 2.8 billion, 10,000 employees. The biggest breakthrough was in 1981 for the IBM PC, operating system development, from the beginning after a huge impact on the computer industry.
1975: IBM 5100 release.
1976: Stephen Wozinak and Stephen Jobs founded Apple Computer Corporation. And launched its Apple I computer.
1976: Zilog Z80 processor launch. 8-bit microprocessor. CP / M is an operating system for its development. Many well-known software such as: Wordstar and dBase II X5470 processors.
1976: 6502, 8-bit microprocessor release, designed for Apple II computers.
1976: Cray 1, the first commercial supercomputer. Integrates 200,000 transistors per second for 1.5 billion floating-point operations.
May 1977: Apple II computer model release.
1978: Commodore Pet Release: there 8K RAM, cassette deck, 9 inches monitor.
June 8, 1978: INTEL released its 16-bit microprocessor 8086. But because of its very expensive, it launched 8 of 8088 to meet the needs of the market for low-cost processors, and was IBM’s first generation of the PC used. The available clock frequency of 4.77,8,10 MHz. About 300 instructions, 29000 integrates more transistors.
1979: Arcade game “Space Invaders” release, caused a sensation. Soon make a similar large-scale popular game consoles, their income than the U.S. film industry.
1979: Jean Ichbiah developed Ada computer language.
June 1, 1979: INTEL has released eight of the 8088 microprocessor, solely in order to meet the needs of low-cost computers.
1979: Commodore PET released using a 1MHz 6502 processor, monochrome display, 8K memory on a computer, and may need to buy more memory expansion.
1979: the invention of low-density disks.
1979: Motorola Announces 68000 microprocessor. Apple’s major suppliers for the Macintosh, successor 68020 used in the Macintosh II models.
1979: IBM Corporation seeing the PC market share by Apple and other computer companies, decided to also develop their own personal computers, in order to expedite the launch of their products, they are a lot of work with third parties, including Microsoft, to assume its operation system development work. Soon they will be in the August 12, 1981 launched the IBM-PC. But also the rise of Microsoft later, Shi adequate fertilizer. 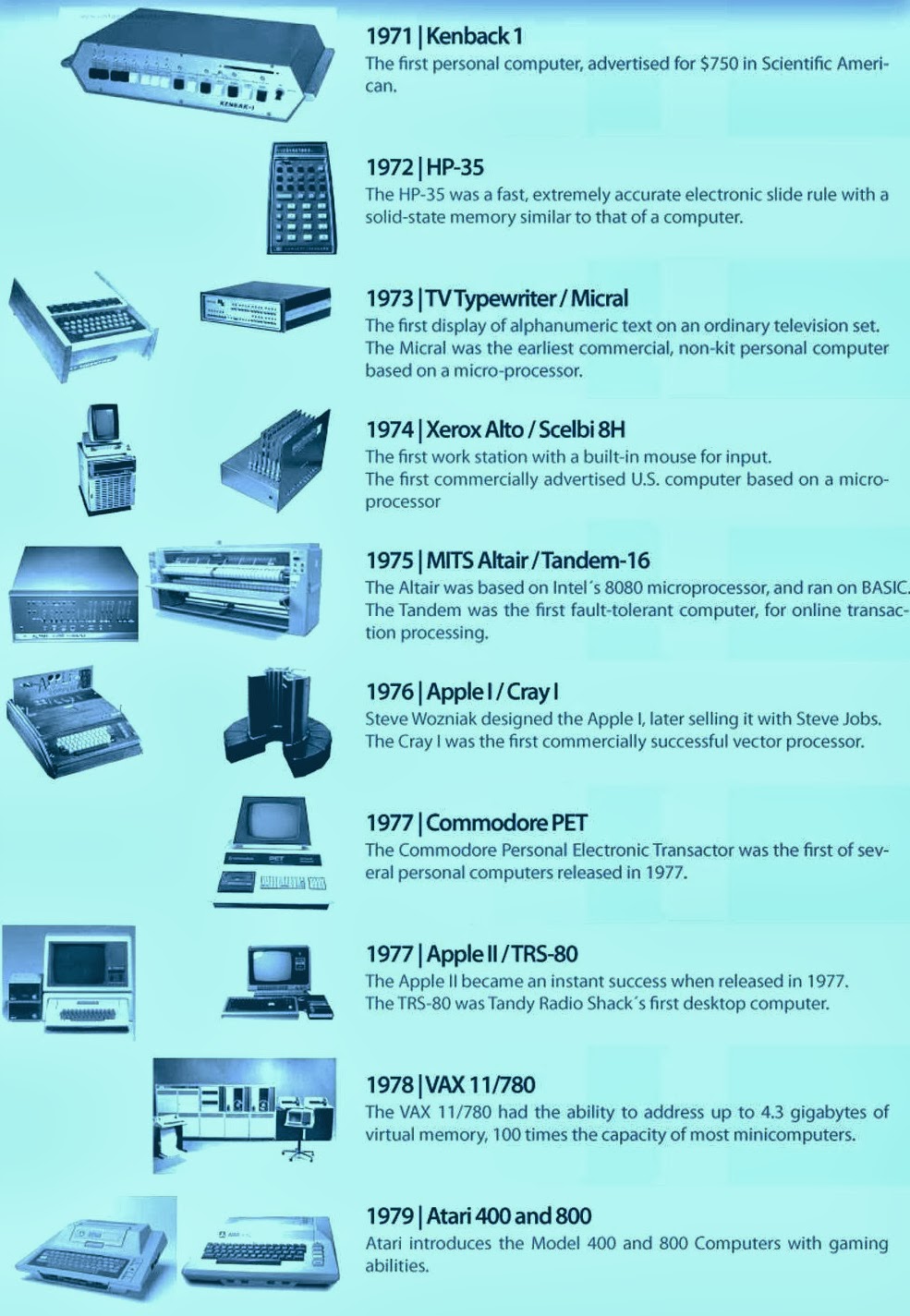 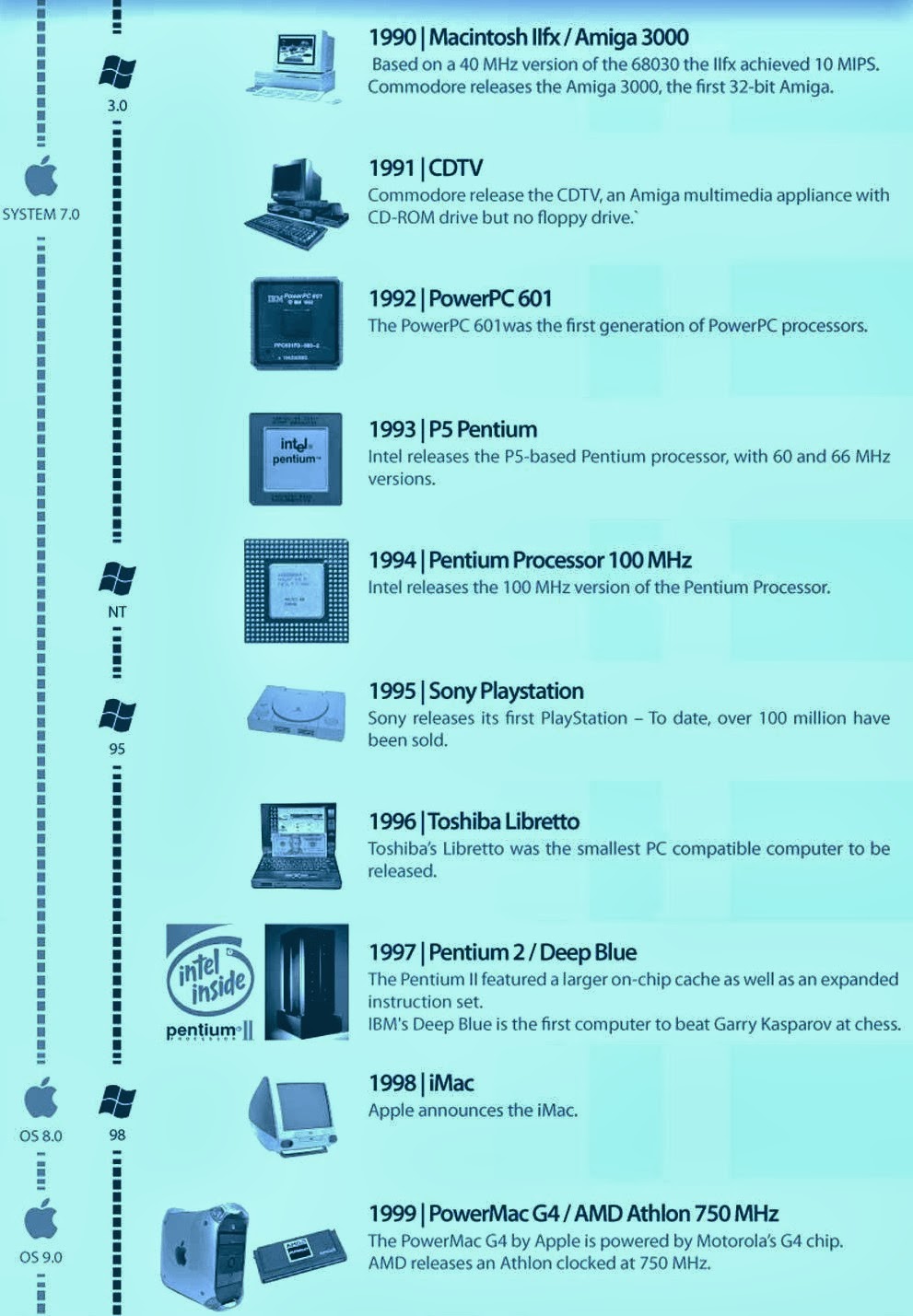 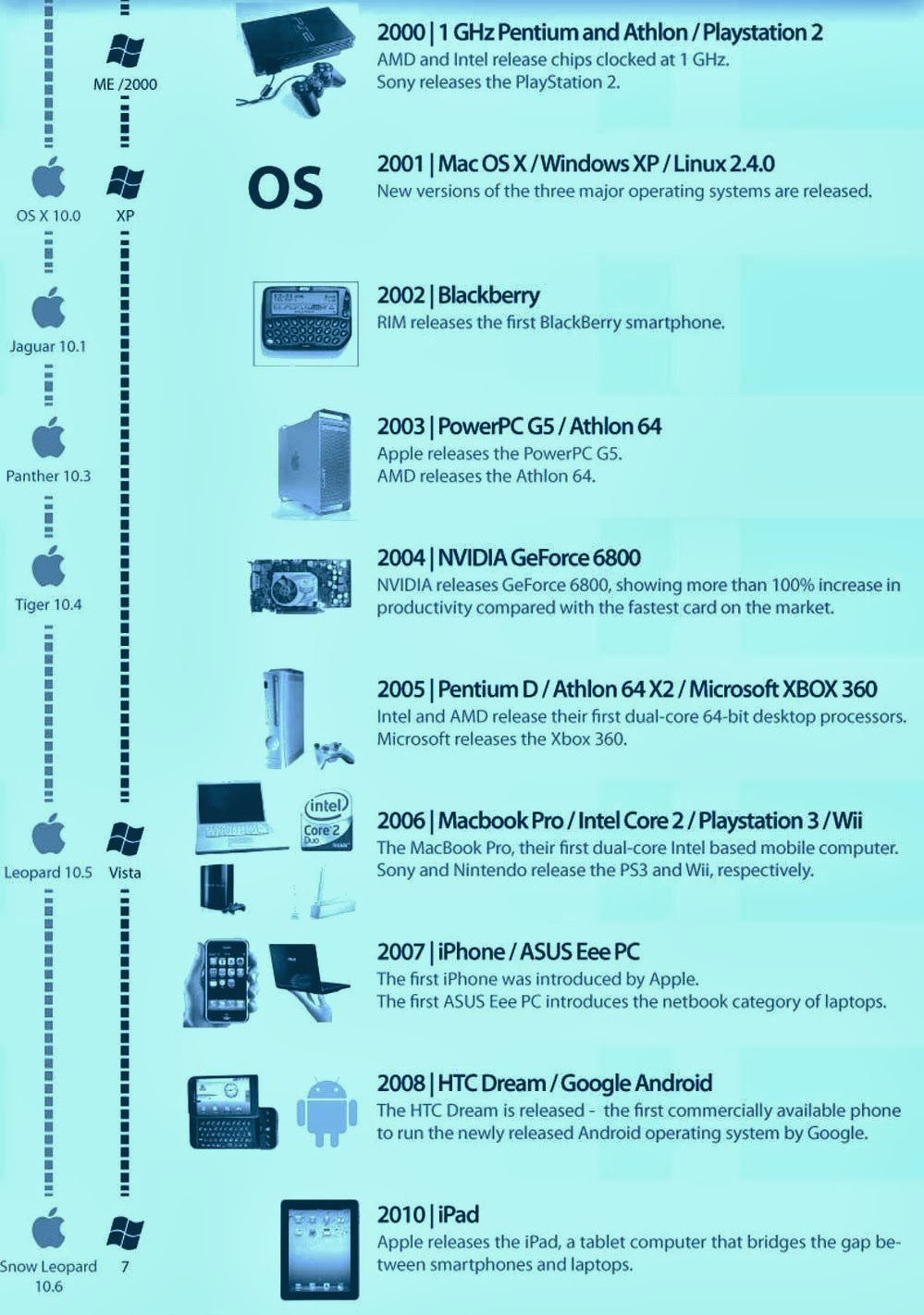