You are at:Home»Business»10 Company Logos and their Meanings

We all love logo of one brand or the other ranging from an electronic company to a courier company, we do have a lot of brands to choose from. All the companies have a certain logo that is their identity in the world but have you ever wondered how are these logos chosen and what do they say about the company. Yes, these logos speak for their company and tell you about  the company’s mission and vision. Some of the famous companies and their logo stories are as follows:

From Apple iPod to iPad, their creativity and innovation has revolutionized the portable devices of today. They are the top most company today in the world and deserve the title citing their products. They have a simple logo of apple with a bite, plain looks but deep meaning. The logo comes from the bible story of Adam and Eve in which apple represent the knowledge and the bite in the apple is pun intended as ‘byte’. Genius isn’t it!

A premium chocolate company from Switzerland, known for their milk chocolates. The logo they have originates from their location that is Bern, Switzerland which means ‘The city of Bears’  and if you look closely, the logo contains the outline of a Bear itself.  Amazing!

Another electronic company known for its world class laptops. Now possibly what have they hidden in their logo? If you are a tech enthusiast then probably you have figured out the significance but for those who are not, the first two letters of VAIO, ‘VA’ represent the analog sinusoidal signal and the last two ‘IO’ represents the digital information in the form of ‘1’ and ‘0’. Surprised?

A company that sells the merchandise online and respected all over the world. Their logo looks very straight forward but wait, why the arrow in the logo?  The arrow is the show stopper here, as it signifies the range of products that they have from a to z and it also represent a smile that they bring to the customers with their product. Catchy! 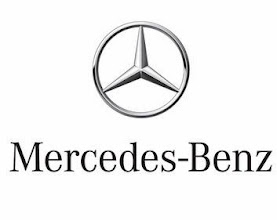 Everyone dreams of owning a Mercedes-Benz car and why won’t you, they have a reputation of standing out from the crowd. Just like the elegance, the company has incorporated in their cars, their logo also imbibes the same in itself. The logo with the three pointers represents the company dominance on land, sea and air.

Mouth watering! The company since its inception has made a name for itself with their Ice-Creams. Their logo supports them in this endeavor as it represents the 31 flavors for every day of the month. 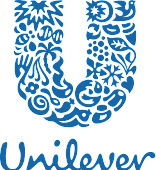 Are you addicted to speed? If yes, then this one is for you. The logo of the car racing organization represents F1 with the red outward stripes representing the speed.

All Day I Dream About Sports – and why won’t you when you have their world class merchandise with you. The company, a major player in the sports good manufacturing world with the logo as world class as they themselves are. It represents a mountain with the challenges that can be seen ahead of time.

The best courier company in the world. Another logo, that simply bluffs you again. Why I say that is because you haven’t seen the arrow between E and X which represents the speed and precision that is part of the company vision.

The above logos are a few amongst the other million logos out there. If you find any of them, do share with us.