You are at:Home»Technology»A Timeline of Google Inc.

Every internet user must have heard this phrase:

Whether you are a student, an entrepreneur, a gaming person or a techie at heart, Google and you live on internet symbiotically. This very year marked its 15th birthday in September. One of my friend’s statuses that made me smile was, “three more years Google then you can vote.”

Be it- we or our parents, this Google has all of us under its hypnotic stare. The following timeline is all about its milestones that embarked it with such significance:

Larry, a Michigan graduate age 22 met Sergey, 21 that time, who was assigned to show him around Stanford. 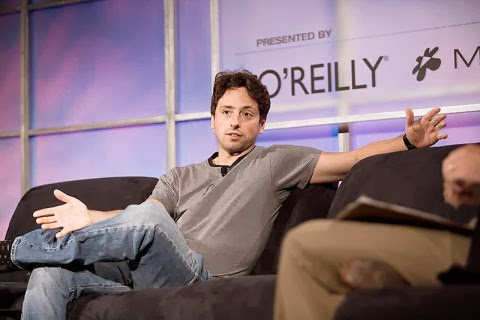 Before Google, his brother BackRub worked on Stanford servers but it was taking a lot of bandwidth.

The naming of our beloved Google took place in this year. Both Larry and Sergey loved maths that is why they named him after mathematical term 1 followed by 100 zeroes depicting infinite information on internet.

In January this year, its first review happened following the “Google friends newsletter” that spread news about this company.

They launched their first doodle, investors came up to them, they hired their first employee Craig Silverstein after opening their office in the garage of Susan wojcicki.

They outgrew their garage and made their way to palo alto office with a new company dog named “yoshka”. They took several steps of success in the very years only. With new employee joining, shifting to 2400 bayshore for office, they moved ahead.

Acquisition of deja.com UseNet discussion, Google groups launch, several joke languages like Klingon to add in your preference, spreading to Japan- all this came as Google opened its wings.

With AdWords gaining traction (ebay Australia being first client), Sydney office, many API- this year opened a whole new sphere of technology for us.

Blogger, Google AdSense, Google print (now known as Google books) all these features were provided to us as is still one of the few core characteristics of it.

In July they acquired picasa too and it still help people to sort or categorize their photos online.

After opening office in Hong Kong and Dublin they opened their offices in our country ( Bangalore and Hyderabad). Google.org was established in December.

Starting of year saw the launch of Google maps which was a great hit. Later the first video on YouTube was uploaded, talk about hangouts started and Gmail for mobile devices was launched.

The list is endless but to mark the significance of it, they launched goggle finance, Google translates added new language like Hebrew, goggle calendar and even Google trends came into the picture. And then in latter months they acquired YouTube.

Fortune said it’s the top ranking company in the list of best company to work for. Who could have thought they would find a snake slithering in their office on 1st April?

In November the idea of android was stirred up. so 2007 is the indispensable part of the history of smartphones.

Chrome in September was already to be downloaded and now it has more than 700 million users.

Google voice and voice search on Android phones with news about Google chrome OS this year full with voices ( hear and be heard).

TrueView in YouTube is one of the best things ever. If you don’t want to see advertisement just skip it after 5 seconds. It helped in Advertisement to reach to relevant audience.

Android 4.0 popularly known as ice cream sandwich is launched for both mobiles and tablets.

Google always popped up in the news with its video doodle (created for Saul bass), Gmail’s new inbox, Google for iOS, Acquisition of waze (traffic? Now no problem) and then in September-

Its name and fame grow with each passing second. Now let’s hope in the coming years it still exceed our expectations. If you want to know more- Google it!