Trending
You are at:Home»Entertainment»7 Facts About J.K. Rowling and The Harry Potter Series You May Not Know 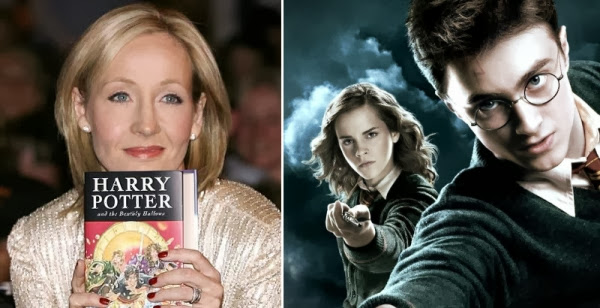 There was a time when we waited for that Hogwarts letter to be delivered at our doorstep. Every child’s dream was to attend that magical school and be a part of that mystical journey. J.K. Rowling, the proud author of this series got an idea about this Harry potter series in a train. Who would have thought that idea could set its mark in million of hearts? This series comprises of seven books, all dedicated to the journey of one boy named Harry Potter from the point where he got to know about his true heritage and the reason behind his parent’s death. Kids till date love reading these novels as it depicted several phases of a teenage life with a fantasy twist in everything. The weasley family, the order of phoenix, Hermione and the ministry of magic- all these names and phrases became the most talked words. But the inquisitive part of every reader wants to know more about all those characters- what happened to them after the novel series ended? Or what were the facts not widely known about them? Here we present some facts that could surprise you:

Hermione Granger came back to Hogwarts to complete her seventh year:

As many Harry Potter fans know that the three friends- Harry, Ron and Hermione left the school after the sixth book in search of the horcruxes, although the two boys never returned but Hermione was adamant to complete her education.

The death of Harry’s godfather was one the saddest part of all. What would have happened if Ron’s father (Arthur) would have died instead?

All three Harry, Ron and Hermione are put on chocolate frog cards:

Remember in the first novel when Harry bought chocolate frog cards and it jumped out of the train, having photos of great witches or wizards in it? After their great contribution, Harry, Ron and Hermione were given this honor too. Bet we want to have that chocolate available in our local stores.

Is it a coincidence that the author’s and the protagonist’s birth-dates are same?

The‘t’ at the end of Voldemort is silent which means “flight of death” in French.

After reading every novel and watching every movie, at last we know the actual pronunciation of the antagonist- Lord Voldemort.

Dementors were created out of depression.

There was a time when the author J.K. Rowling was going through a rough phase- a disease. During that phase she coined this creature.

J.K. Rowling became the first person to be a billionaire by writing books.

So, anyone have an interesting idea about writing a book? May be that’s the next billion dollar project to happen!

Writing about a favorite thing or character can never be tiring. This series made several people smile, laugh and cry too. With the happy ending to Harry Potter and his friends, a finale to one of the most read novels was given to us but it would never lessen the reader’s love for it. It will still be the book series which made  our imagination soar high. So, pick up your broomstick and get ready for some quidditch then!