In programming, we try to depict our real world scenarios using code. Similarly to represent inheritance (like we inherit our features from our parents) we use concepts of inheritance in different languages. A car inherits all the features from a class vehicle or a manager is an employee, so it is having all the properties of that object/class too, all these relationships can be described by using inheritance in different ways. The mind map shows its advantages, disadvantages, types, implementations (in languages like C++, Java and c#) and in which languages it is used. 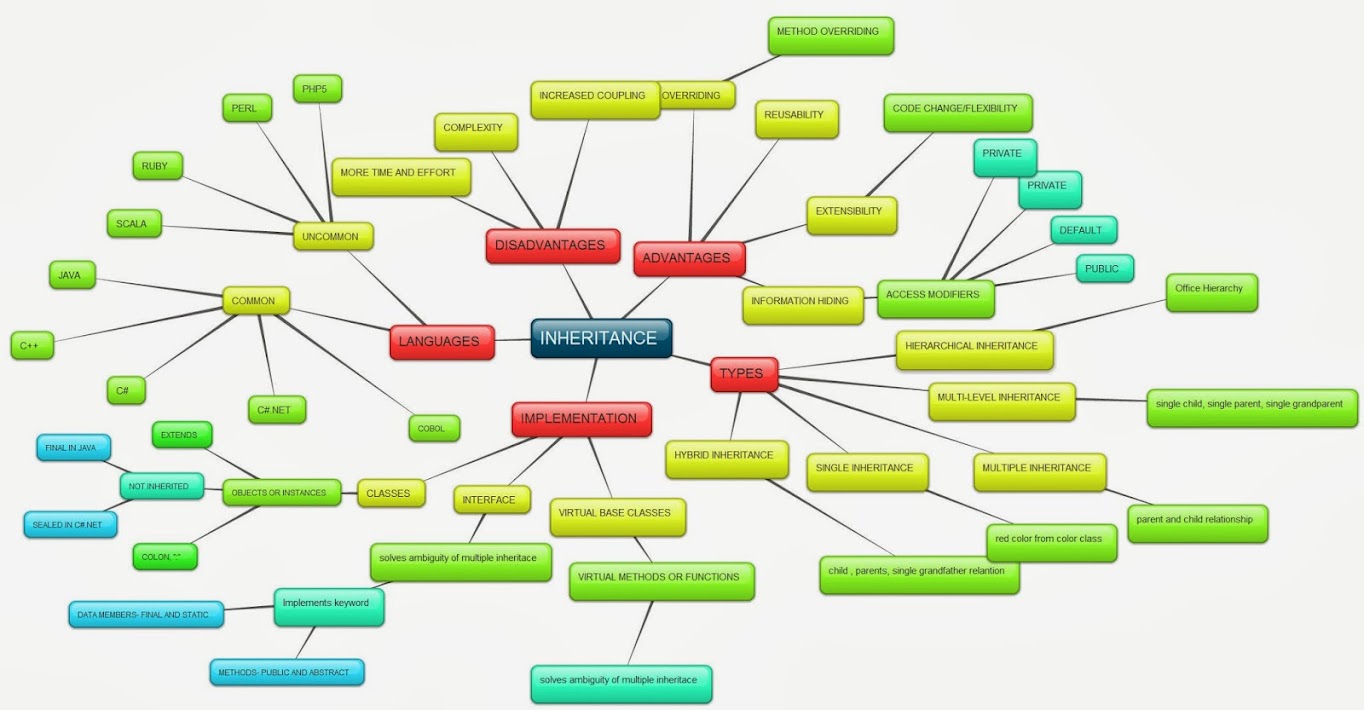 NOTE: you can click on the picture to see the enlarged(full-screen) version.

This mind map is used to give a general idea as to how inheritance is used and implemented in various languages. It also gives insight how to implement it and what all ambiguities or disadvantages can arise. In earlier programming languages like C or object based programming languages like VB (visual basic), this feature was not present. It not only helped in our understanding the concepts but also helped in bridging the gap between real and programming/virtual world.