You are at:Home»Technology»Does iPhone 5C Deserve To Be Called Affordable As Quoted By Apple?

Long before its pre-release Apple quoted that it would be targeting the potential Indian and Chinese markets through a cheaper affordable iPhone. Later they quoted it as a $99 iPhone raising the hopes and expectations of middle class Indian and Chinese individuals who always dream about owning an iPhone. But on 15th October,2013, Apple confirmed the price of Apple iPhone 5C and 5S officially. The iPhone 5c and 5s will be launched officially in India on 1st November. The price they quoted for the 16 GB and 32 GB model was a bummer! 41,900 INR for 16 GB model and 53,500 for 32 GB model! Is that called affordable in a country where the average salary of a middle class family is not more than 20-30K per month! 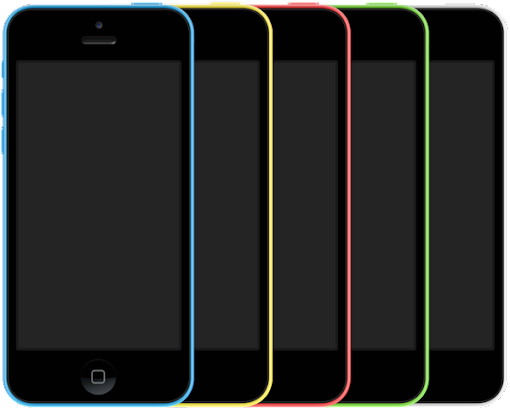 Let us see what the fellow authors of Durofy have to say on “Does iPhone 5C Deserve To Be Called Affordable As Quoted By Apple?”

“The iPhone 5C cannot be called affordable. The Apple inc. has fooled the consumers, by making a false claim of offering an affordable and cheap version of their iPhone product. The Apple introduced it in India with a price tag of more than 40K for the 16GB version and more than 50K for the 32GB version,which I absolutely think is a ridiculous price tag as it doesn’t even justifies the quality of hardware they are providing. Instead of paying Rs.50,000 for not so special mobile phone, you can buy a lot of other things, which will be actually more useful for you.”

“I don’t think Apple can ever release a NEW and INEXPENSIVE phone in India. The iPhone 5s and 5c are to be released in India on the 1st of November and the current opinions on the price of 5c range from Rs.41,000 to Rs.55,000. But the price of an unlocked iPhone 5s in Dubai would be around Rs.37,000. Now that is the simplest reason why people in India tend to get their iPhone’s from abroad. More over the response for the iPhone 5C is too bad especially from China. The grey market took a hit and priced the phone as low as 425$ (Rs.25,500). People over there call it an iPhone 5 with a less expensive cover. Due to this, the company has cut down the production to 50%. So clearly it doesn’t make sense to buy iPhone 5C in India where you could buy many other great phones in the same price range.”

With Apple Inc launching it in November and as its brand name suggests apple is never cheap!
Now for all those who think brand matters and can’t compromise on it for them obviously its a safer option. but calling a 41K phone (around cost to be expected) “cheap or affordable”, i don’t think it is a right keyword. cheaper price depends on the market and individual buyers. for an average middle income level person in India, it may not make much difference.

Mockery? You cant blame Apple! If Tim Cook announced that they would be launching $99 phone this summer, have you ever thought what is the cost of a mini laptop from wipro? Or the cost of the screen cover for original iPhone (any model)? It does costs around $99. You can have oldest version of iPhone right now in $0 with a 2 year contract. Whats the catch? Contact your close ones in the US and tell them to pack a dummy. Let us think of a Papaya .It is way too cheap in India and way too costly in China because they don’t have much. You can grow a papaya farm and sell it to Chinese. As simple as that.

This is what my fellow authors had to say on this hot- selling topic. If you have your own views on the affordable iPhone 5C feel free to comment below!