You are at:Home»Startups»Interview of Annkur P Agarwal (Co-Founder of Pricebaba)

These are counted amongst the basic commodities. Mobile phone like iPhone and Google nexus, Lumia and many more are on the lips of many consumers. If you want to buy it and doesn’t know from which place you should or what specification to look into, then Pricebaba is the answer to all your need. 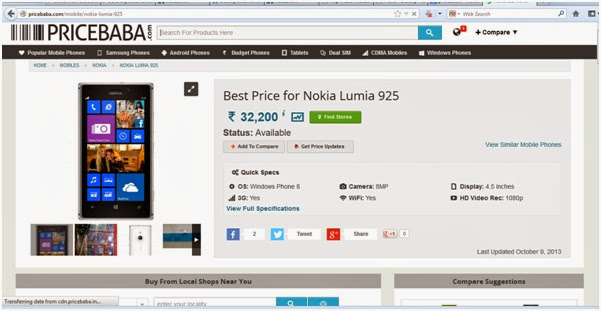 Here is an interview of its co-founder-Annkur. A techie at heart and a very enthusiastic and interesting person to talk to (read the article then you would know) 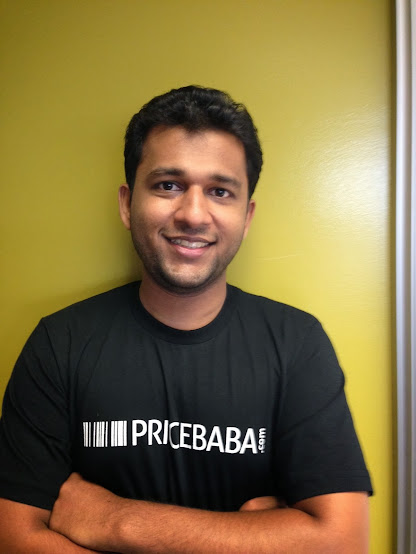 To make a bigger difference. I am not averse to the idea of a job, but I have the opportunity with PriceBaba.com to build something bigger and create a larger impact on the ecosystem. I am giving a 100% to make that happen.

2.) PriceBaba- name says it all. Still how would you describe your website in 50 words?

A price intelligence engine that lets you choose what to buy and where to buy. PriceBaba brings mobile phone retailers from 6 Indian cities online, thus letting users search nearby locations to shop from.

3.) How this idea of PriceBaba came to you?

I am often inundated with calls for advice on what to buy and where to buy. One fine day I got fed-up of helping people choose between iPhones & Androids, thus ending up starting Price Baba.

4.) If given a chance with which entrepreneur would you swap your life?

Ah, that’s a tricky one. I would swap with my co-founder Tirthesh Ganatra. He is awesomely talented and hardworking. I would love to be him and run PriceBaba.

PS: Nah, no Bill Gates or Steve Jobs for me, I can’t see myself running anything else but PriceBaba :)

5.) What advice would you offer to any soon to be start-up founders out there?

Think before you start. Do your research. Reach out to me or any other entrepreneur you know. Think again. But once you start, don’t look back, give it a 100%. Play to win.

6.) What were you doing before launching this website? Any new ventures you are planning?

I used to be editor of a Gadget blog network called OnlyGizmos. We did technology events, audio and video content about consumer electronics and run the website. We served over 20 million readers before I moved to PriceBaba.

7.) A Start-up always requires investment. Where did you get that? Self funded or by someone else?

The initial investment was put in by myself. After we had the first version out, we approached a group of angel investors and raised a small round. As we gained traction, we were backed by Silicon Valley based 500 Startups, they invested in PriceBaba and incubated us at their Mountain View accelerator.

8.) There are so many E-commerce websites, what is so unique in yours?

PriceBaba doesn’t compete with regular e-commerce sites. We ever the masses who like to research online buy prefer to shop in the real world. Thus we serve the information gap that exists in the market.

9.) What do you wish you’d have known 5 years ago that you know now?

I wish I had known the impact of Internet early enough. The number of internet users, the kind of research that people do on the Internet and the importance of building a great web product that can serve millions of users. I think by the time I learned all this, the market was already mature in many aspects. PriceBaba luckily comes right in between the mobile boom, hopefully on time :)

10.) Tells us something about your team and future plans.

We are a 10 people team. With 2 engineers, 3 marketeers and 5 ninjas looking at operations. We plan to get more engineers and editors on-board in the near future. As the platform grows we would love to help consumers buy any product they want and not just Android phones or tablet computers.

11.) Where do you see PriceBaba in another ten years time?

My wish is that In 10 years, PriceBaba would be the default research platform for shopping In India. There are millions of retailers and over a billion consumers who would love to use PriceBaba daily to connect with each other.

12.) Working in a start up can be bit tiring, what do you do in your leisure time?

if talking about sports then i would say running and cycling. other than this reading books (Siddhartha by Hermann Hesse recently) and catching up with friends.

13.) Are you a shopaholic? Which websites you prefer to buy stuffs from?

Very much a shopaholic. I buy both online and offline. I generally buy books from Flipkart, plain T-shirts from Inkfruit and occasional accessories from Amazon.com.

14.) Describe PriceBaba in just one word.

So if you are planning to buy a mobile at least first check out pricebaba for it, you won’t be disappointed!