You are at:Home»Entertainment»Is Indian Cricket in Turmoil?

For a kid, a sport is a way of spending time and having fun with his mates. Those mates can be his friends or his family. It depicts the entertainment in pure form.

In India what is one sport that is loved and seen by many? Which sports is in pep talks the most?

Some may call it as a gully cricket when children play in their streets or it embarks the first time a parent teaches his child the crude form of it- bat-ball. 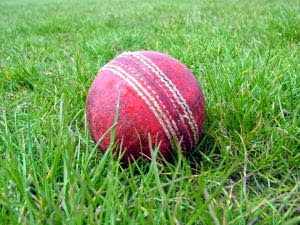 Every Indian kid’s first real sport is that- cricket.

With everything changing, our favorite of all game has also transformed itself. Earlier it was a five day long match then one day took more importance, then 20-20 showed the new side of it. With free hits, super over etc introduced in the new format, it made several people’s heartbeat to rise of excitement.

Who could forget the world cup? Precisely no one.

When India had to beat Sri Lanka, Pakistan and Australia to finally win its dream. It made every cricket lover to be glued to their TV sets and in a nail biting situation. On the occasion of our win, it was like a second Diwali to all of us. Even Farah khan (famous choreographer and director) quoted that her children were also looking outside although they didn’t understand what was happening but it was hugest of all celebration.

The next phase was IPL (Indian premier league). It gave opportunity to many rising cricketers and became a mania- only second to the soccer league. Many call it as a commercialization of cricket as it made a huge industry out of it. It also helped us not to limit our self with team of eleven country cricket players but to see the amalgam of great players worldwide playing with and against each other. The exposure, the enthusiasm, the incentives were all endearing. The international sports spanned its wings to be global.

With ups, there is always downside of it too. Every now and then we hear news about match fixing or spot fixing. The most recent one happened when Rajasthan Royal’s players were taken into custody because of that. Although no one knows the real truth behind it or who to blame, Somehow It compels us to ask a question to ourselves.

Is sportsmanship over in this game?

Where is that passion of cricketers which they used to feel after hearing their names from numerous spectators? Where is that purity and sanctity of the sports?

Balling runs according to bookies or pre-determining of who will score a century- all this had made cricket polluted. But can we do anything about it? We can just anticipate that players would understand that actually cricket is not just a game in our country it is like a second religion. If this situation persists, there may be a chance that we will lose our interest. The only thing we can do is hope that by evaluating the current situation, there will be a new beginning. May be cricket needs to start afresh with new set of players and some strict rules to monitor them.