You are at:Home»Mobile»Top 5 Free Android Games For PC

Today, Android OS has the highest market share among all other mobile operating systems like Symbian, Windows and iOS. Every second person owns an android device. Many of us don’t own an android device but always want to play those awesome games available for Android devices. Lets See the top 5 free Android Games which you can install and play on PC.

Cut The Rope is an extremely addictive physics-laws based game in which one has to feed a tiny green colored featured named Om Nom with candy by collecting stars. A Candy is hung with the help of a rope. The rope has to be sliced in such a way that the candy lands up in the mouth of Om Nom. One can use bubbles and bellows to complete the task and advance to next levels. This game is developed by ZeptoLab. There are 3 versions of Cut The Rope

Temple Run is an infinite sprint. There is no end to this game. You will die running but the endless run will never finish. You will be chased by evil jungle monkeys and if they succeed in catching you, your dream run will be over. You will also face obstacles like broken trees, dead ends and torched rings. You can earn as much coins as possible to unlock power-ups and players. Temple Run is developed by Imangi studios and had more than 1 million downloads on Google Play Store in just 3 days. There are two major versions. 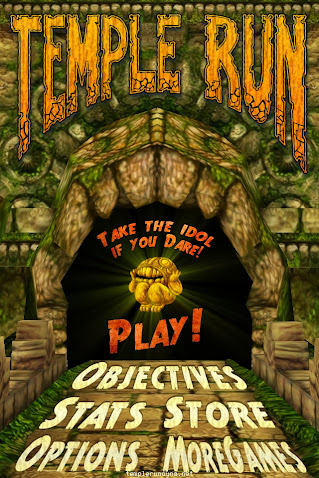 Subway Surfers is another unending running game just like the Temple Run.  Here you are chased by an angry policeman and his dog as you run for your life on railway tracks. You can collect and earn as many coins as possible just by jumping, dodging, running and prancing over the randomly incoming trains and other obstacles. By collecting more and more coins you can unlock different power-ups, skating boards and  customized/specialized players. You actually surf on a skating board between train coaches Game on Surfers!

There are many City versions of Subway Surfers,!

Where’s My Water? is a mind boggling puzzle-type video game developed by Creature Feep and distributed by Disney. The main character of Where’s My Water is a Fastidious Alligator named Swampy. The objective of the game is to supply a stream of water to swampy using various objects like water, mud, coal, ice, slime, bombs, wind fans and many more. Subset levels like the lost levels, Allie’s Story, Cranky’s Story and the Mystery Duck were released time to time. This game has been appraised for its game-play and graphics. Highly polished and superb physics puzzle based. 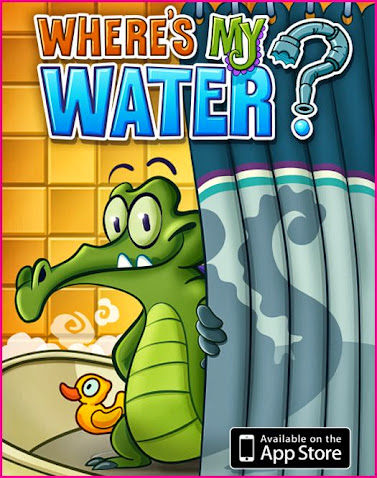 Note: Use BlueStacks App Player to enable Android applications and games to run on your  Windows/Macintosh based PCs. What all you need to do is to download BlueStacks, open up the application and search for the App/Game you are looking for in the search box. Download the APK file of the Game/App and install it using BlueStacks. Else if you already have the APK File, you can just open the file through BlueStacks and it will be installed directly.

These were the top 6 Android Games you can play on your Windows/Macintosh PCs. Happy Gaming!