Second most watched football game (after Champions League Final) was first witnessed in 1902 in the semi-finals of a 4 day competition Copa de la Coronacion with Barcelona raising its flag high. Never in the history have any 2 inter country clubs met in the UEFA finals other than the one held @ Wembley between 2 German powerhouse in 2012/13 season. 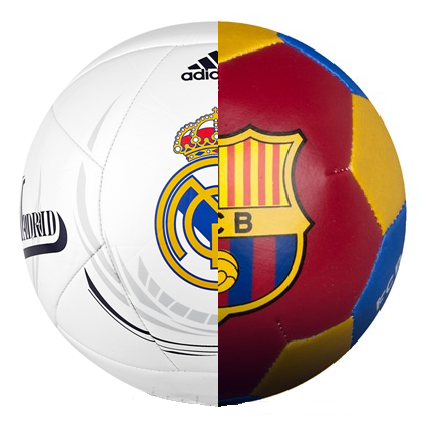 Barcelona and Real Madrid have always dominated the Liga BBVA cup since its debut in 1928/29 season where Barcelona put their sublime effort and won the debut La Liga title. “The Classic” teams have never given any other clubs much chances to win the title. Since the beginning, both the clubs have been the best in the world having some of the finesse players and dominating each and every clubs in Spain and World. Here are some facts for you to know why El clasico is second most watched football match with highest level of rivalry between the duo and why upcoming El Clasicos are going to be most debated matches from now on.

1. Out of 59 clubs that appeared in La Liga till now, only 9 clubs have managed to clinch the title. Barcelona and Real Madrid have won 66% of the Liga BBVA title where Real Madrid shares the percentage of 39% and Barcelona 27%. 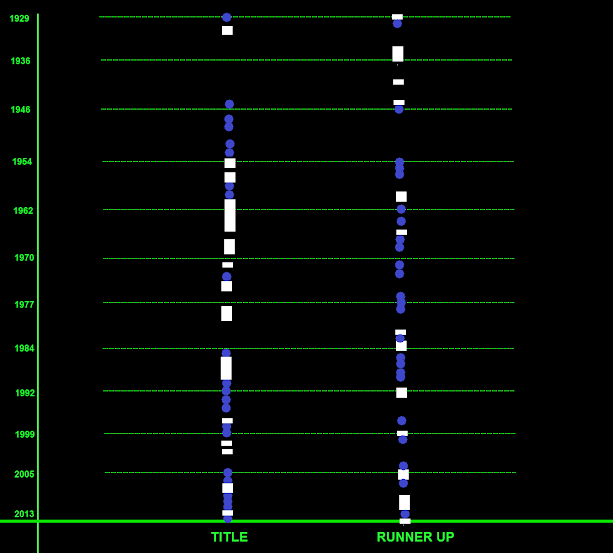 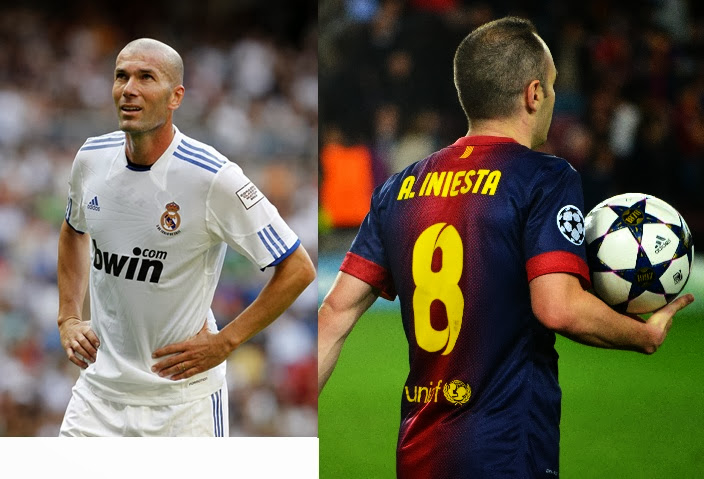 4. Copa del Rey was won by Real Madrid after a gap of 18 years. They won last in 1993 but the arrival of Jose Mourinho throttled the club to increase their appetite defeating the Catalans in the finals. 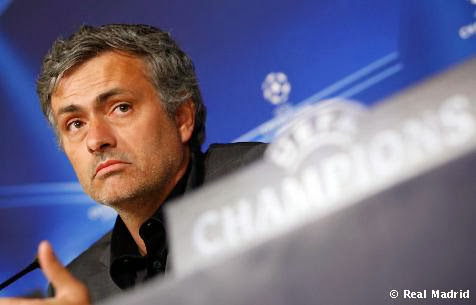 5) Timeline comparison of both these clubs have been a real hook punch on each other as far as managers are concerned. Chelsea’s current manager Jose Mourinho grabbed his assets in Real Madrid in 2009 creating a world-wide hype of being people’s own manager. Barcelona had already been under Johan Cruyff’s hood for 9 straight years (1988-1996) winning 3 UEFA finals. 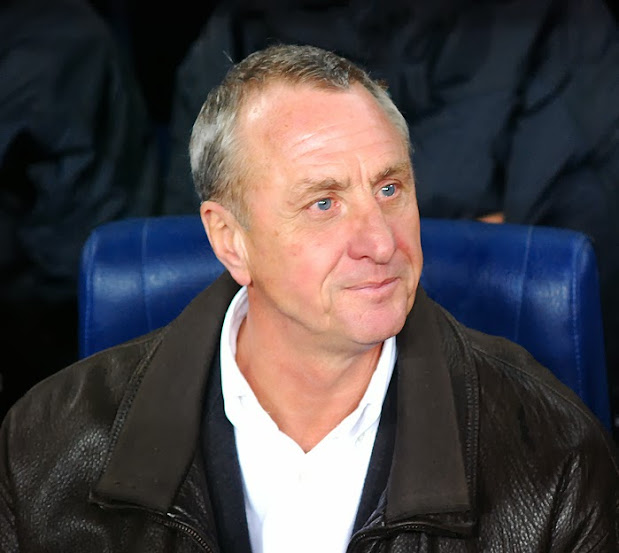 7) 21 Players have been transferred from Barcelona to Real Madrid, and 12 players from RM to BAR. 13 players have played el clasico from both the sides. Latest being Luis Figo.

8) Boixos Nois or Crazy Boys are one of the most exquisite Barca fans. They have supported, cheered and increased the morale of Barca Players from time to time. However, murders, extortion and riots have led a ban on them for watching Barcelona matches now. Luis Figo move to Real Madrid from Barcelona and again returning to Barcelona angered the fans (Boixos Nois). They threw a pig’s cut-off head to him while he was taking a corner. That match was suspended by referee; resulting in a 2-0 Barca win . History calls that day as a “Game of Shame” in Spain. The Boixos Nois are one of the main reason for an increased rivalry between the clubs. 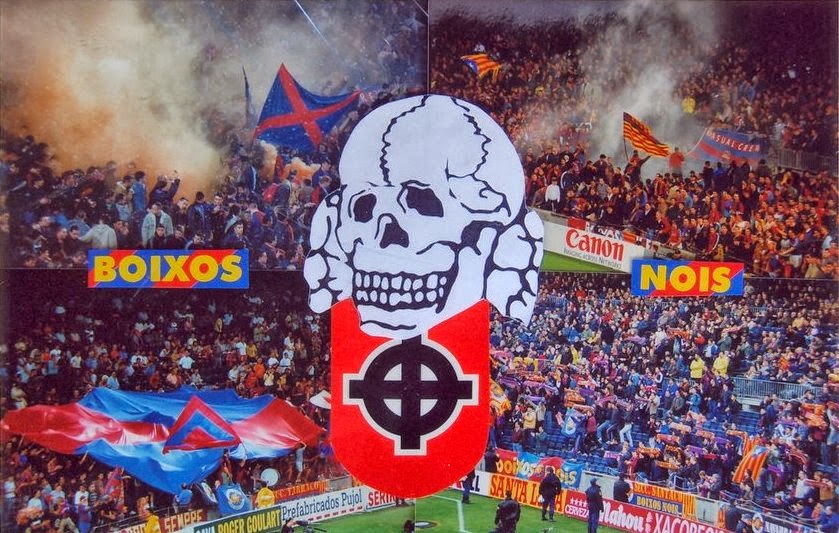 9) Signing of Cristiano Ronaldo in 2009 alarmed the Catalans. The portuguese transfer from Manchester United not only hyped the consequences of El Clasico but also rejuvenated the glory of “All Star Team”. 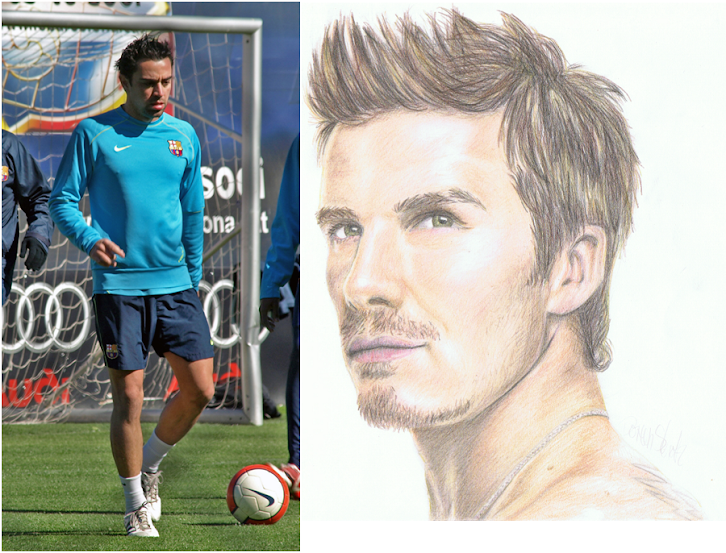 11) Lionel Messi joined Barcelona C (third division) at the age of 13 and moved to Barcelona B one year later. He joined Xavi and Iniesta in top eleven at the age of 16. Players and fans having love for their clubs is the sole reason for its TRP.

13) Since 2007 till date, Van nistelrooy, Kaka, Cristiano and Messi…all relating to Barca or Madrid one way or another have been top scorers in the UEFA with 4 consecutive top scorer Lionel Messi sandwiched by Ronaldo from season 2007/08 to 2012/13. 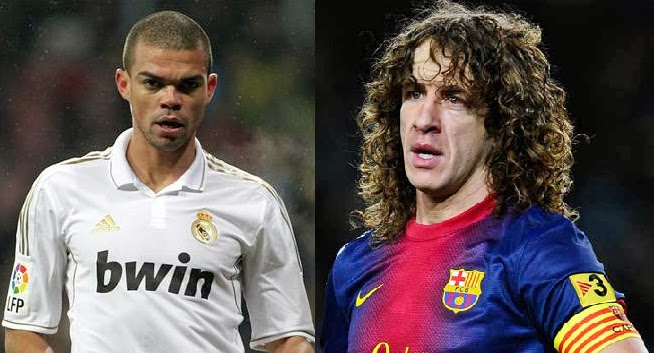 14) Bayern Munich’s Gerd Muller is 3 time consecutive top goalscorer in UEFA after Messi. Muller’s record for most goals was broken by Messi in 2012 where he scored whopping 91 goals for his club and country breaking Muller’s 85 goals set up in 1972.

15) Head to Head competition is very pivoted for 90 and 86 wins for Real Madrid and Barcelona respectively. In a total of 224 matches, only 7 matches have been accounted with a goalless draw (The first on Feb 1 1931). The average goal per match is 3.33

16) Cristiano Ronaldo was in talks with Arsenal coach Arsene Wenger, Barcelona president Joan Laporta and Liverpool’s Gerrard Houllier in 2002 before Alex Ferguson turned his attention towards him after a defeat from Sporting Club. 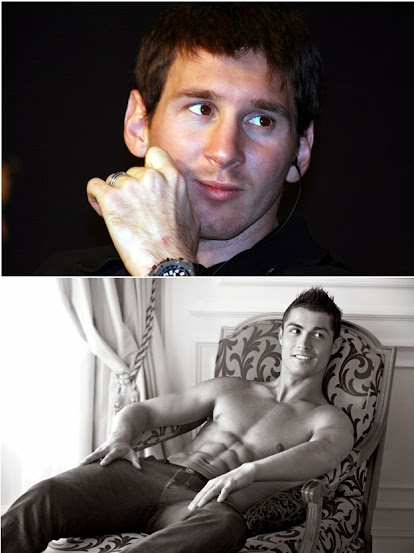 17) Messi is still behind Athletico Madrid’s Zarra for all time top goalscorer in La Liga with Ronaldo being way too behind (more than 100 goals) trying to cover his late addition to Real Madrid. 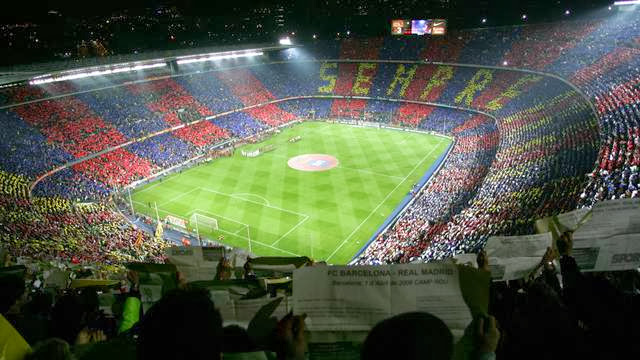 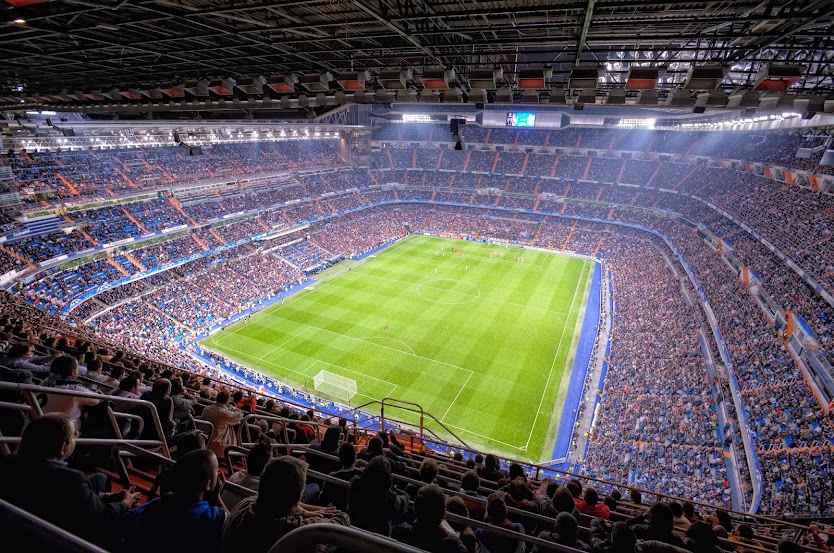 19) Loss in the semifinals of UEFA, loss to Athletico Madrid in Copa del Rey final and not finishing first in the league table ended Mourinho’s “golden era” where he crumbled back to Chelsea. He has seldom won at Camp Nou. Carlos Ancelotti and Martino’s era in 2013/14 and beyond would be very unpredictable. 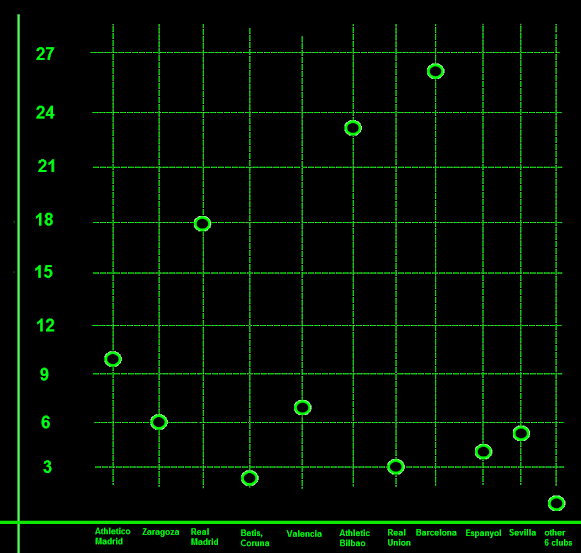 21) In 2013/14, Messi is set to break Real Madrid’s Raul Gonzalez record for most UEFA goals. Cristiano Ronaldo is right in the next bus stop waiting with not more than 8 goals less than Messi. 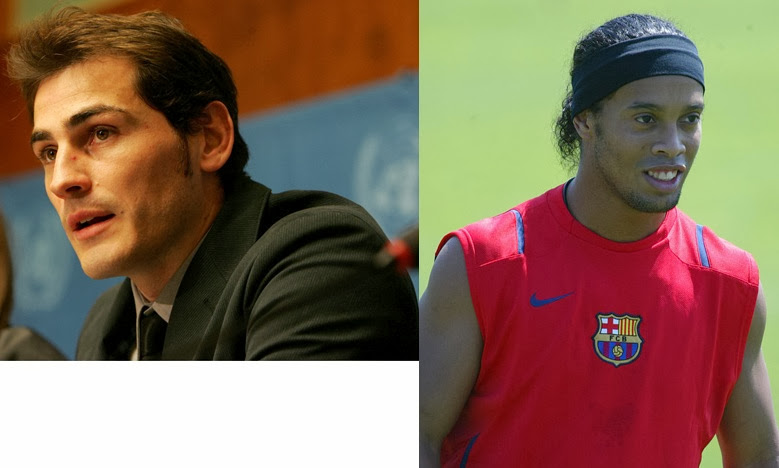 23) Arrival of Neymar in Barcelona and Gareth Bale in Real Madrid in 2013 summer signing has been the most debated and popular signings in the world. 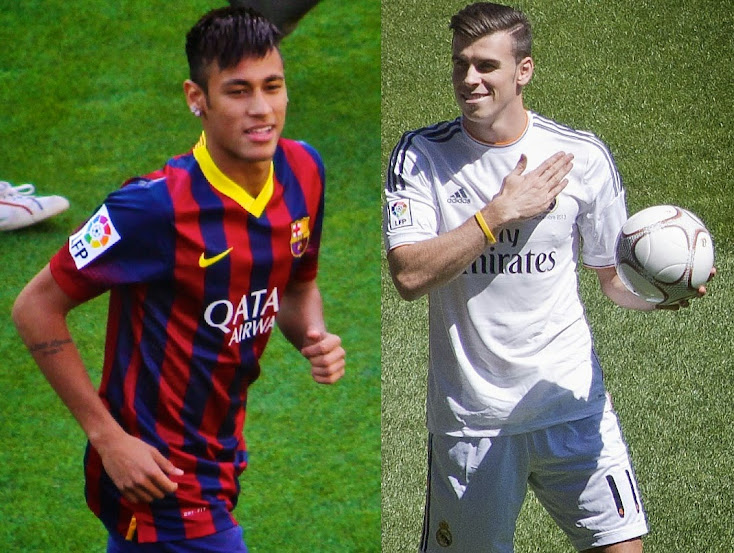 It is very a subtle routine for del Bosque to manage the National Team with all the players trying to scorch each other’s legendary in La Liga, Copa del Rey, Champions League and Spanish Super Cup. On the brighter side, Spain lifting its maiden World Cup has not only brought chimes and hypes to the world, but had thrown a wider audience over El Clasico matches in 2013/14.

With 2 tigers under 1 tribe, one of them needs to put down the other either one way or another. 90 minutes of clash between Barnebaus and Catalans results in injuries, dismissals, anarchy, increased aggression, decreased patience, feeling of patriotism and a zeal of a ruler. The representatives of proud Catalans as Barcelona and heart of the Spain as Real Madrid are proud representatives to the world and will be fighting for the league titles again as well as crushing other clubs in UEFA. Barca’s slogans and flags were scorched down but it was never too late when they spontaneously had a comeback and adopted mes que en club (More than a club) as their slogan in 1968 in a president speech. 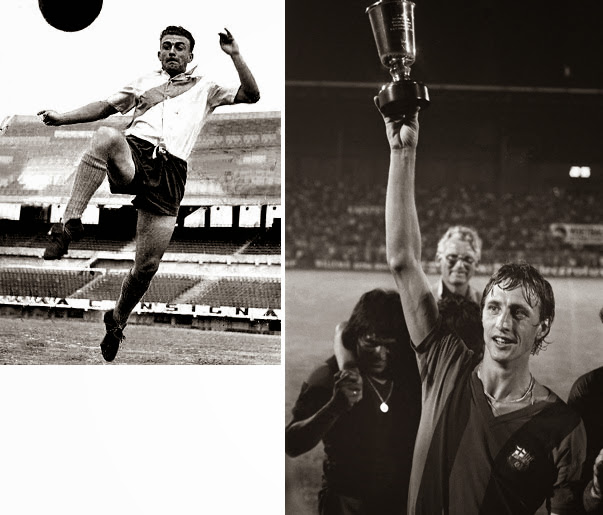 Red and yellow cards pouring in between the El Clasico today are the spores which are dwelling by the time. General Francisco Franco’s continuous attack on Barca’s pride was nothing but a spontaneous measure to uplift the capital of the Spain during mid 50s. Real Madrid was engrossed with peachy politics from the very start including tactics, game plan and player transfers before and after Spanish Civil War. Till date, Catalans prefer themselves prior than a Spanish (reason why they are Mes Que Un Club)

Real Madrid’s quality players and Barcelona’s amazing chemistry has fuelled the atmosphere for more titles over time. The reasons are simple for why El Clasico is second most watched in the world. Same country but being 600 km apart, relationship between these two clubs has been always like a blood stricken Chimera and has now reached staggering heights of blasphemy for each other.