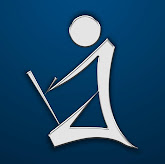 Artashastra is a one stop solution for creative content work placed at Hubli in the state of Karnataka. Artashastra was started in the year 2011 by Roshan Raykar, Abhishek Jain and Harish with an aim of introducing and using the skill of animation and graphic design in the region of North Karnataka. Roshan Raykar, who heads the team at Artashastra has completed his degree in B.C.A from Oxford College, Hubli. He was born on June 7th 1988. At the age of 25, he leads a team of 20 people. Here are some points we pulled out while on an interview with him.

In the beginning, we needed a name which would state us as a company which originated in India. Art is usually referred as skill and shastra is referred as knowledge of the experts. It was also inspired by the book ‘Arthashastra’ written by Chanakya which was indeed a great piece of work. Thus the name Artashastra.

What led you to provide animation and graphic design as a service?

In the college days, I was always interested in the creative work or contests. Later in the final year of my B.C.A I realized that animation and graphic design was actually my passion. I started my course on the same and this built my interest in the field of animation. But later I had a real short experience at Infosys which was for about 5-6 months where in I actually realized that I wanted to pursue my passion in animation and to start something of my own and this had to be done at that moment. People now a days often tend to join a software company and in the process lose their creative self. I had this vision of gathering such people and make them work creatively so that they enjoy what they do. Beating this trend in a two-tier city was my challenge. Someone needed to initiate something new and that is where I found my opportunity. A Digital Art of Ronnie Screwvala by Artashastra.

You were 22 when you started with Artashastra, what were the difficulties you faced as a newbie and a young entrepreneur?

It was a hard time in the beginning as animation was new to India back then. People weren’t exactly aware of it. We wouldn’t charge much in the beginning because we had to build a portfolio for the company. We actually provided a sample print of what actually we could do, saying that they could pay us only if they liked our work else we shall consider it as work experience. Being young was another problem. People often had this thing onto their minds that is he capable enough to do it. Back then we had a hard time, but now our clients include Robert Bosch, Deshpande Foundation, Seven Beans. We also have clients overseas especially in U.K, U.S and Australia.

Being a start-up, how did you fulfill the requirement of a work place?

When I realized my vision of setting up such a company, I immediately started off with a small workplace which I set up at my home. This place was actually an un-used washroom at our home, which I renovated into a workplace. I tried my best to make this place as creative as possible. But later when we decided to go for a bigger workplace, Harish had a garage beside his home and this became our next workplace. We worked there for another 8 months and that is where we had started hiring. Our team now had 4 people aboard. Later I decided that I wanted a bigger workplace so I went out in search for a proper space. This is when we came down to IT Park. Back then, we made the Incubation center as our office and our team count rose to 12. After that we worked at the premises of GotFocusTech for 4 months and later shifted our permanently here.

How do you feel about being so young and guiding 20 other people along the way?

I wouldn’t term this as a boss and employee relation. Instead I would like to say that we are a team. It was important to build confidence among others, that I can lead them and that is where we learnt to count on each other.

Why and How did you decide to diversify your range of services?

We wanted Artashastra to be a one stop solution for all creative content work. That is why we decided to you graphic design solution for many things. Now we offer services from printing visiting card or office supplies to creating a website. For now, Artashastra is still in the start-up stage and all these services are provided in our brand. But soon we shall be diversifying completely so that we can concentrate on what work we do the best. For IT solutions we are coming up with a brand MakeITEasy. We are expecting this to be done by the year end.

For more information you can go through their site: www.artashastra.com

Their office is located at:
Artashastra Creative Studios
IIIT B, 3rd Floor IT Park,
Opposite Indira Glass House,
Hubli-580021
Karnataka.