You are at:Home»Mobile»10 Best Android Defense Games For You | You Will Love ‘Em

Note: To download paid apps for free, comment with your mail ID and i shall email you.

You are searching for action, adventure, sport, casual or arcade game and come across defense games and you skip ’em because you don’t even know what defense
games are all about. Very unfair. Some people play these strategic defense games are addicted with ’em which require immense problem solving skills to counter the forceful enemies, RPG shooting and blood gore killing to avoid their own campus being destroyed by outer forces, fictitious character to take you to whole new level of adventure and very appealing GUIs to shake your hands with ’em so that you can totally be engrossed in their lifestyle.

You are about to witness some well-renowned, unique and best ever Defense games available in all of Android App Store.

This defense game is not at all design for beginners. You are the God and you have to stop the Babylonian slaves from building the Babel Tower by “punishing” them with Fire, Air, Earth and Water. Of them, you can select any 2 in each level. Since there are no towers, you dont need to upgrade each towers in each level, instead, you need to upgrade the main source of Fire, Air, Earth and Water that are used throughout the game. There is only 1 thing you need to care about while playing the game – FEEL NO MERCY. 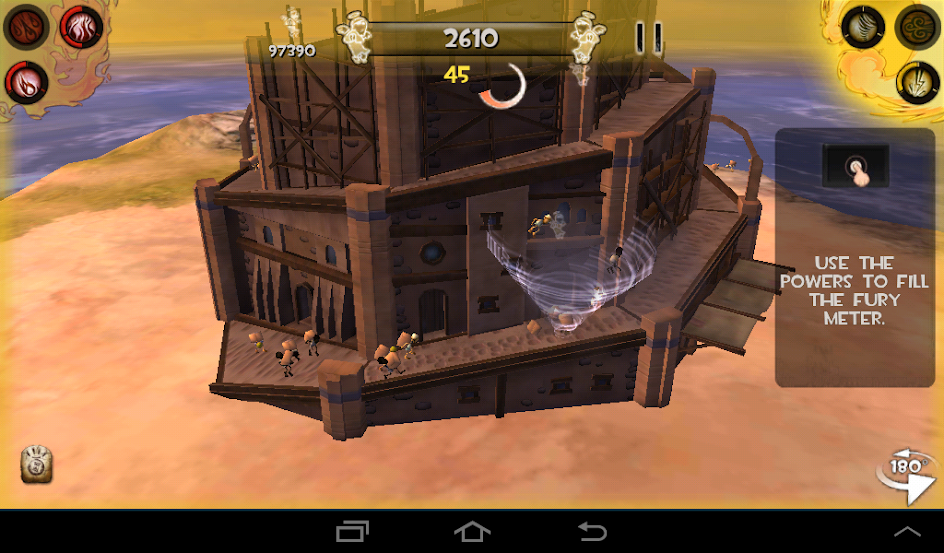 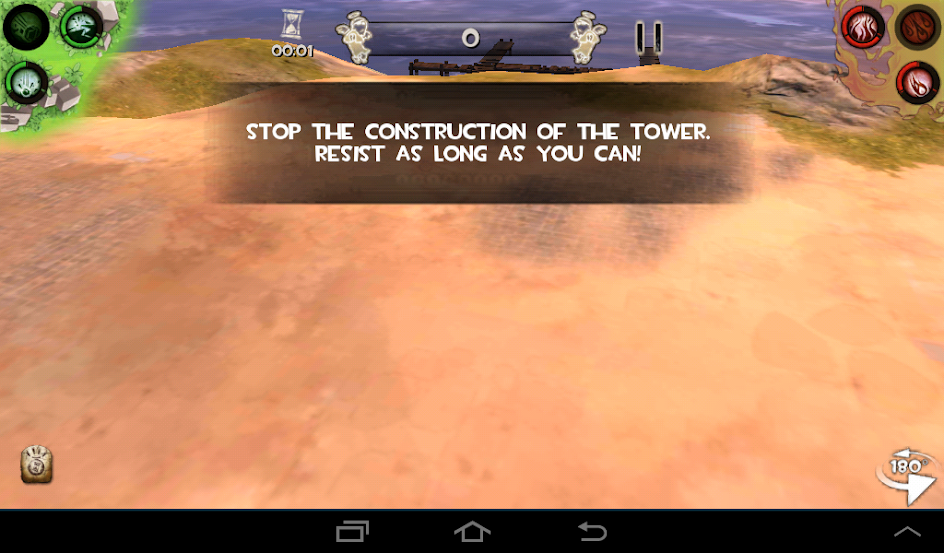 “Kill them all” general shouts in the game. You have to defend your base by continuously firing from the bunkers to the German frontline soldiers attacking you. There are several arsenal and bombings available for you in further levels. All i can say that this game is a one-man-army game where you have to defend your base at any cost. A very elusive, self-narrative, addictive and explanatory game. 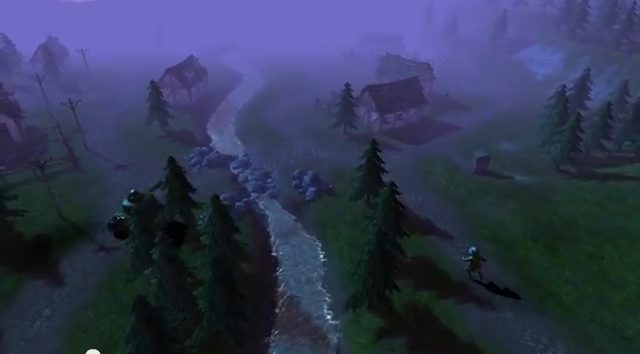 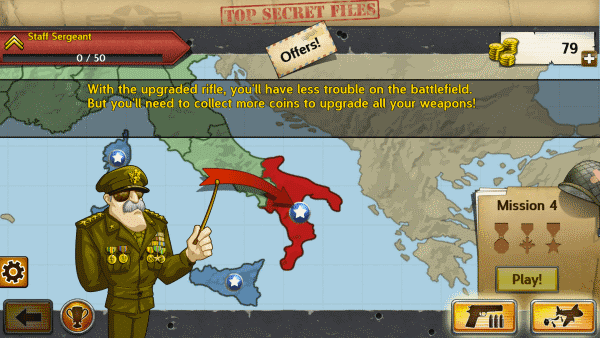 True Tower Defense Game available in all of internet. What are bloons? Bloons are balloons of more than 40 kind that are attacking your base. You have to place monkey towers anywhere on the screen and they will pop the bloons with their indigenous attack. For all different types of bloons (ceramic, camo, lead, white, black etc….) there are different towers available where you need to spend your monkey income nicely. The beauty of this defense game is that instead of placing several towers, you can assign each of your towers to target strong, first, last or close bloons. There are 5 versions of available out of which this one is latest. Let us see another beauty of this defense game… play with random players or friends, unlimited rank to achieve, infinite combinations of towers to defeat the bloons and build research centers for your favorite towers in the game permanently. Game may be too hard if you make just a single mistake and may be too easy if you assign your income and place your towers in the desired position. Very strategic. 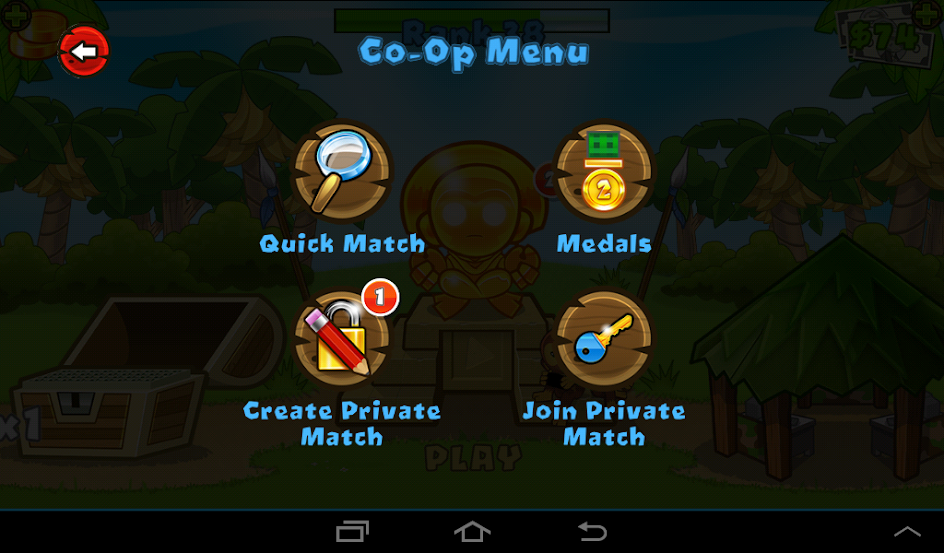 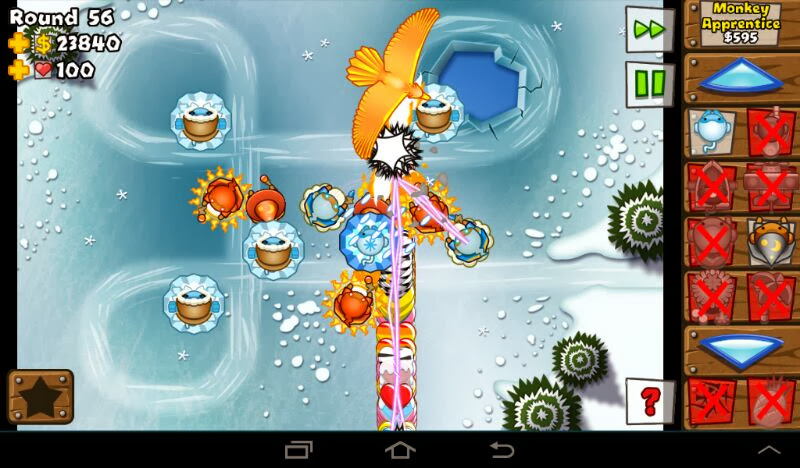 This is a totally different defense game. While playing this game, it may seem that you have already played it because there is numerous cliche bugs in the game. But there is a challenge for you, if you think this game is easy, better play it and try to win the battle. You have to protect your arena by placing asteroid guns that destroys incoming asteroids from the outer space. Various combinations of towers, upgrade powers and defense belt are some pretty sexy features in this game. This game LOOKS appealing and easy but DESIGNED very very hard. 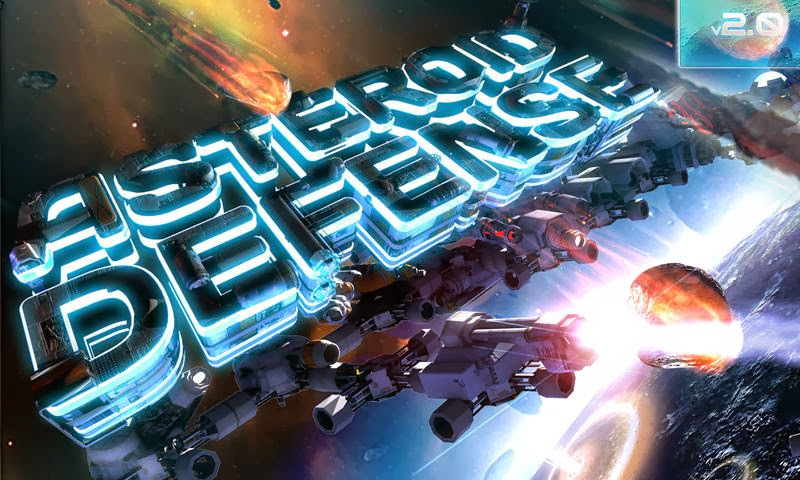 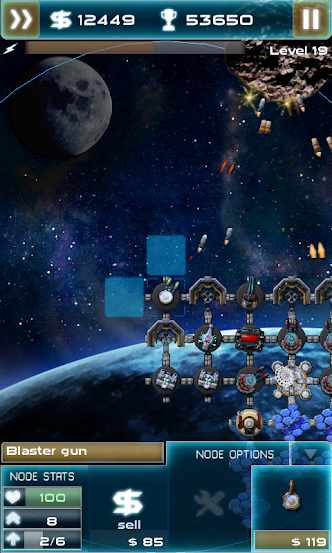 One of the finest Defense game. Highly strategic. There is only one trick to win this game – place energy towers and place other infantry towers in its area. Without it, i bet you cannot bomb off the tanks and cars. Havent this game be 3D, still it would have been one of my favourite. There is 1 bug i found out in the game – Hardest difficulty isn’t the hardest. You can easily destroy bot’s tanks by placing just 1 or 2 energy towers and upgrading it and placing other towers inside energy radius. 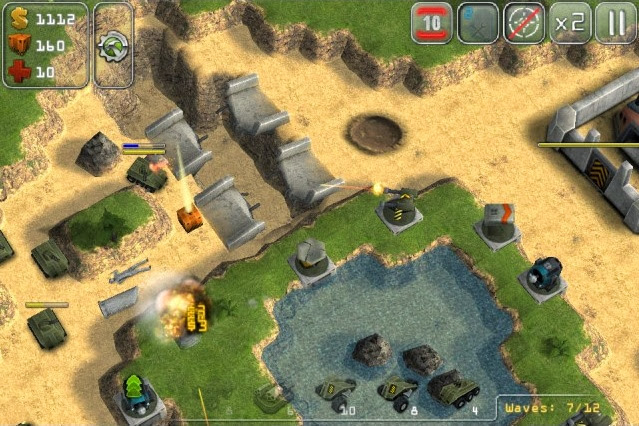 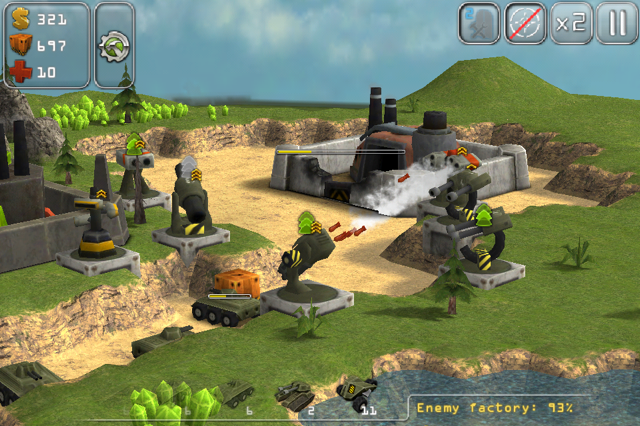 A very straight forward defense game. Like all other game, you have to place your arsenal, but you can place ’em only in the specific spots available only for placing towers. There are 2 uniqueness of this game. One, you manually have to collect the resources (coins for building and upgrading towers) and two, a lot lot amount of strategy is required for placing of specific towers that slows down or kills enemies. Not recommended though, but worth a shot. 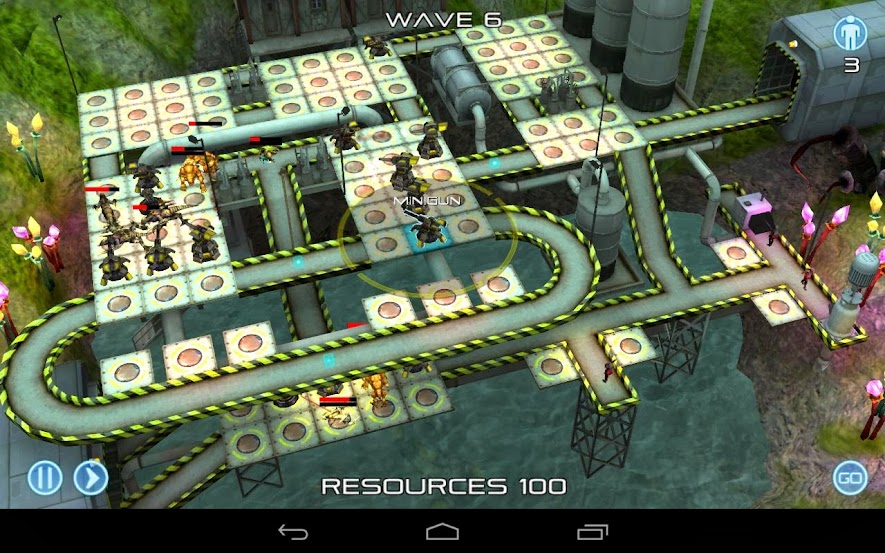 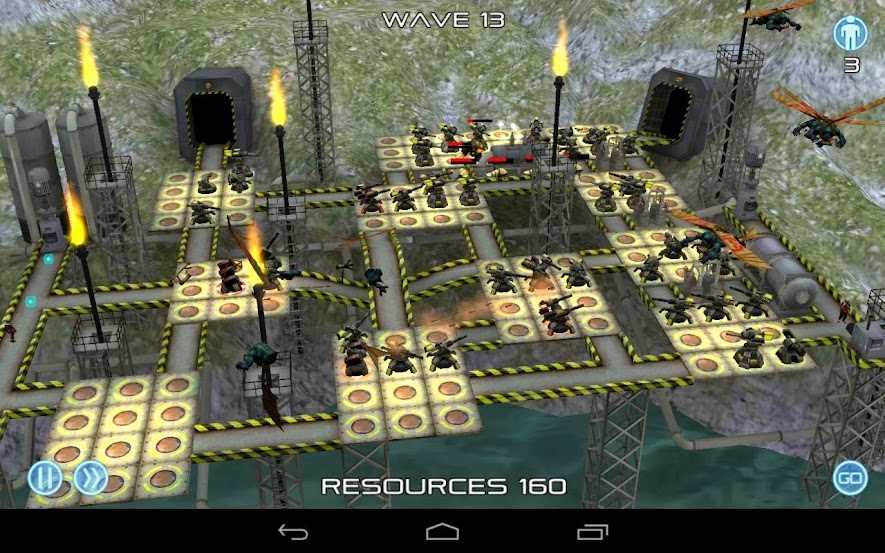 If you dont like to place too much towers that emit too much bright lights, i seriously recommend not to download this game. However, this is a very strategic defense game where each enemy horde wave is changed and you have to continuously change your towers. Also, if you are going to get addicted with adefense game, this game is not for you.It is just a one time play. 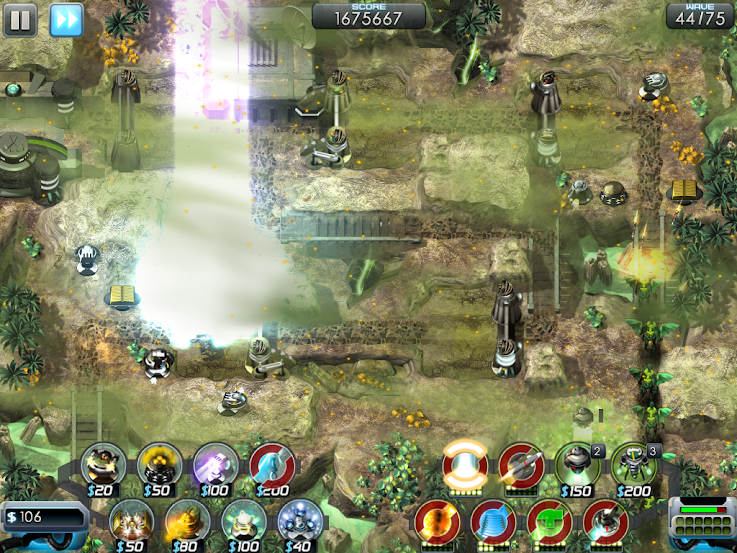 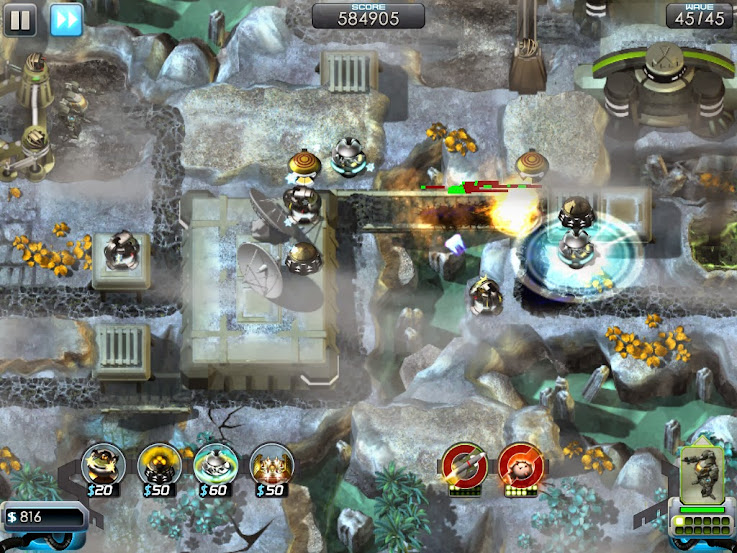 This is a pure sequel of Toy Defense. Not much changes has been seen in this upgraded version. While playing this game you may wonder for a while that it is impossible to kill the enemies as they not only continuously fire back at your towers and destroys them, but their resistance towards out fire power is immense. Well friends, this is why it is called a defense games but however, in the end you will be successful if you place right towers at right positions. Multiplayer available. 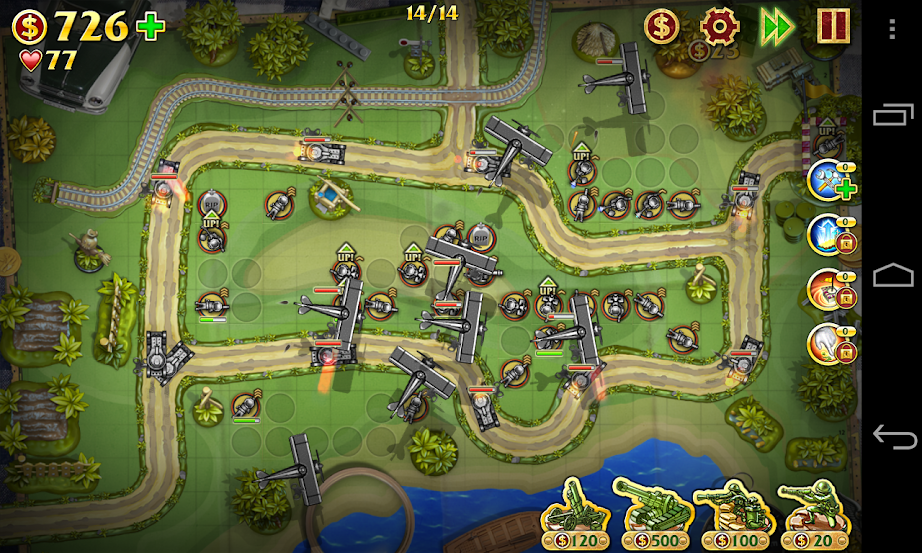 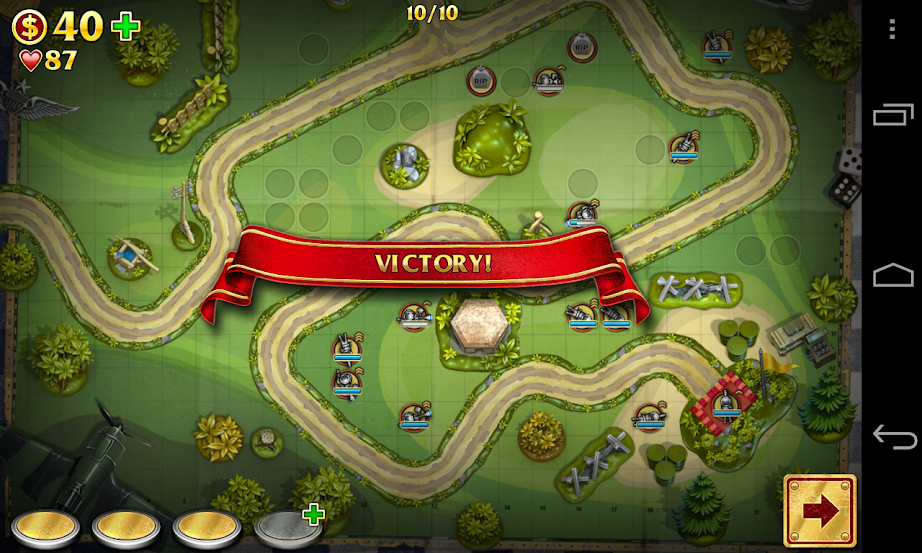 If you have played Commandos in PC, then this is the game right here that you will love it. A true war based defense game. Build your base, improve and upgrade it to defend from others intruding your colony. It need quite a dedication and handsome strategy to tackle enemies. Defense Zone 3 is in development mode right now. Lets wait :) 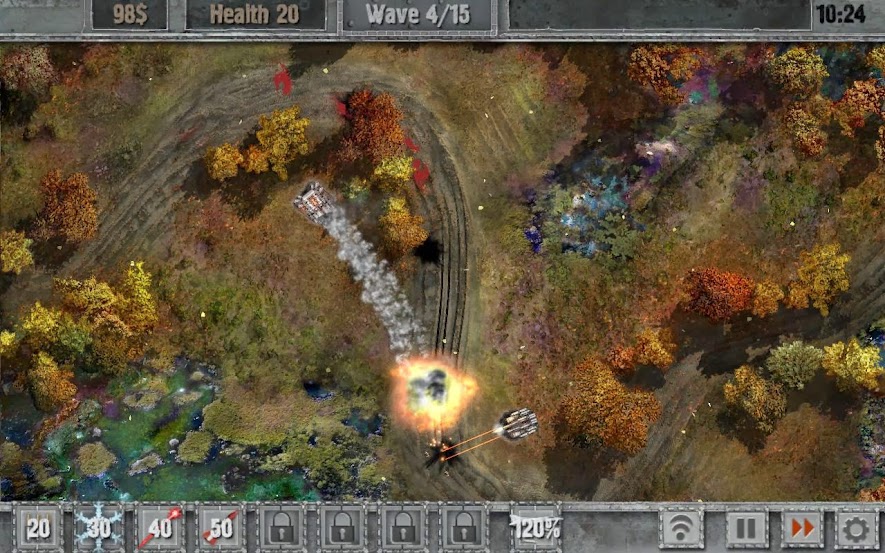 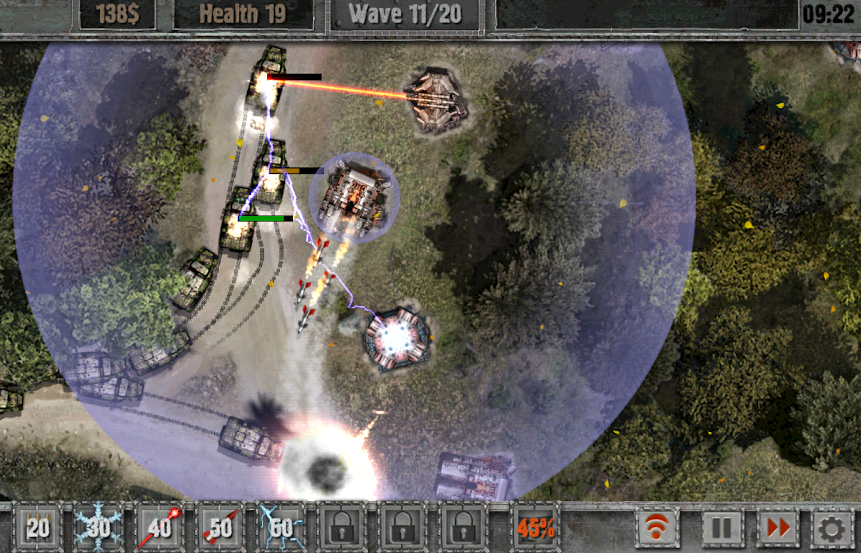 You do not have to worry while playing this game. Very Simple. Designed for entry level beginners and kids. Jellies are fictitious towers. There are 3 types of towers  – Red, Blue and Blure-Red. Red Tower kills red enemies, Blue tower kills blue enemies and Red Blue tower kills both. Different levels and user friendly GUI are main points worth jotting down. 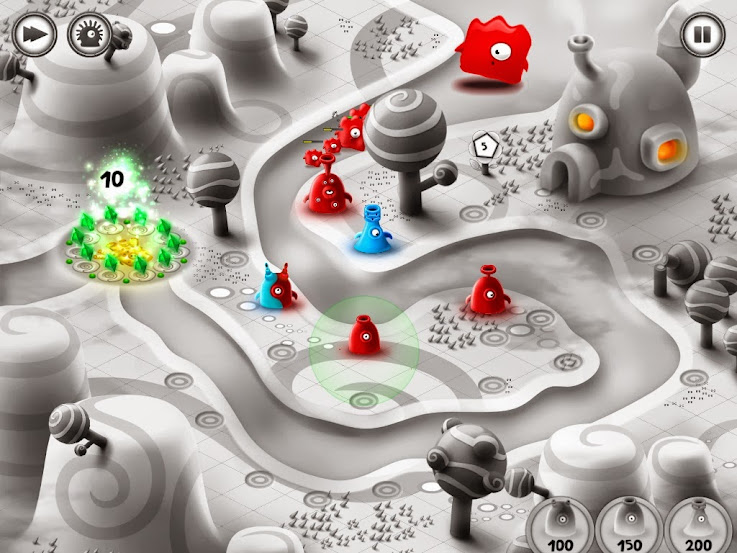 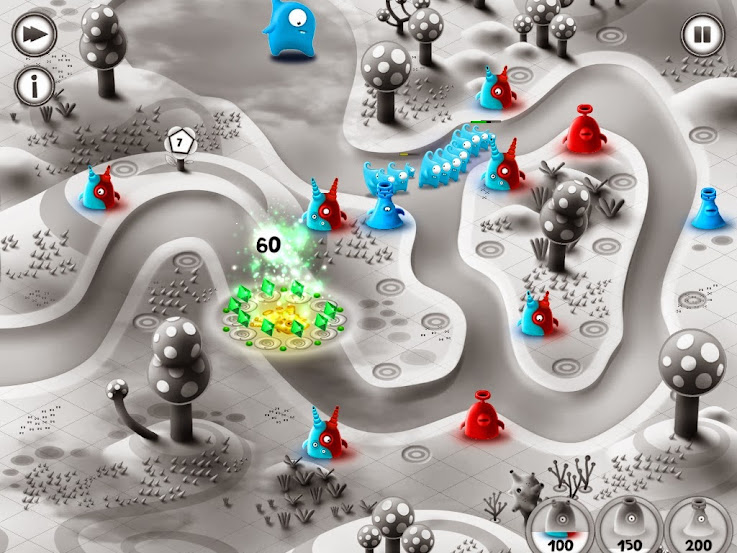